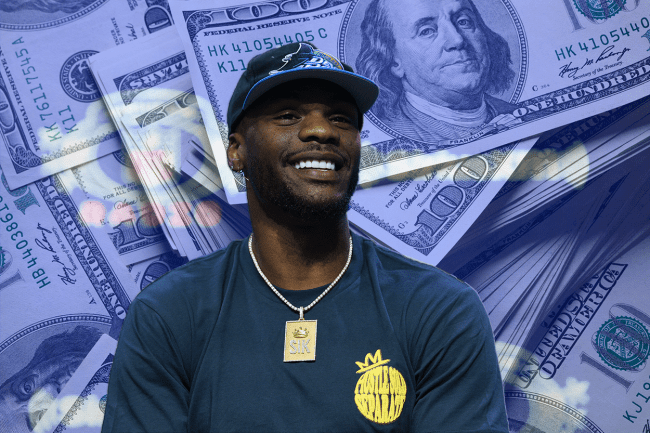 On Wednesday afternoon, the Chiefs sent shockwaves across the NFL by trading Tyreek Hill to the Dolphins. The move, which came just a few hours after Hill and his camp were granted permission to seek a trade, was yet another wild deal during what has been an unbelievable NFL offseason thus far.

In the process, Kansas City left itself with a large void at wide receiver. Hill has been a crucial part of the team’s offense in recent years and by trading him, Patrick Mahomes was missing his primary deep ball target.

Until now. On Thursday afternoon, the Chiefs signed what appears to be Hill’s replacement for a lot of money.

Marquez Valdes-Scantling signed a three year deal with Kansas City that could be worth up to $36 million.

The #Chiefs are signing former #Packers WR Marquez Valdes-Scantling to a three-year, $30 million deal with $18 million in the first two years and incentives to reach a maximum of $36 million, his agents @NSAFootball tell @RapSheet and me. 💰💰

Valdes-Scantling, who turned 27 in October, spent the first four years of his career with the Packers. Although he struggled to stay healthy after being drafted in the fifth round out of South Florida during the 2018 NFL Draft, the 6-foot-4, 206-pound pass-catcher caught 123 balls for 2,153 yards and 13 touchdowns.

When he is at full-strength, Valdes-Scantling is a speedy, strong deep-ball threat with legitimate size. He will presumably be Mahomes’ primary target on the edges.

Obviously, paying at least $30 million to a receiver that isn’t Hill isn’t a direct replacement for Hill and his production. However, Valdes-Scantling is a pretty good option on go-routes and could blossom into a superstar if he can ever reach his full potential without getting injured.

After signing Valdes-Scantling Thursday, here is how Kansas City’s offense will look in 2022:

There is no doubt that the Chiefs will miss Hill this year and beyond, but they did a good job rebuilding their offense around Mahomes. He has legitimate weapons at receiver and each of them have a lot to prove.

If all of the pieces come together, Kansas City shouldn’t miss a beat.