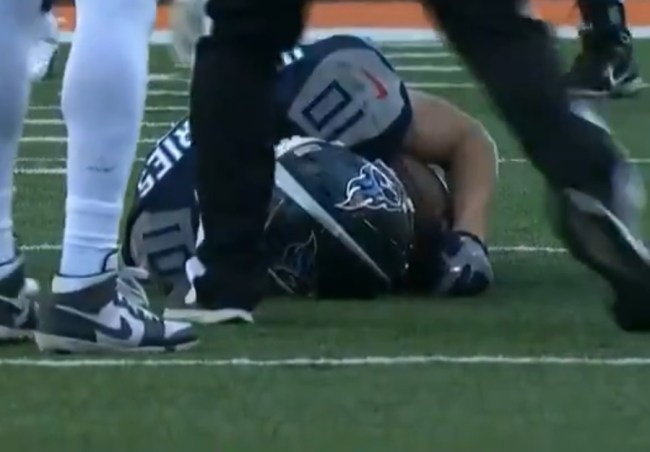 Tennessee Titans wide receiver Adam Humphries suffered an awful injury late in the first half against the Cincinnati Bengals and will not return to the game.

Humphries remained down on the turf after taking at least one apparent hit to the head.

Adam Humphries took a shot to the head….

Humphries eventually got up but was carted off the field as a precaution. The wide receiver appeared alert during the incident.

Referees initially ruled the play a catch before overturning the decision after a booth review.