Adam Schefter Gets Blasted For His Latest Column About Deshaun Watson 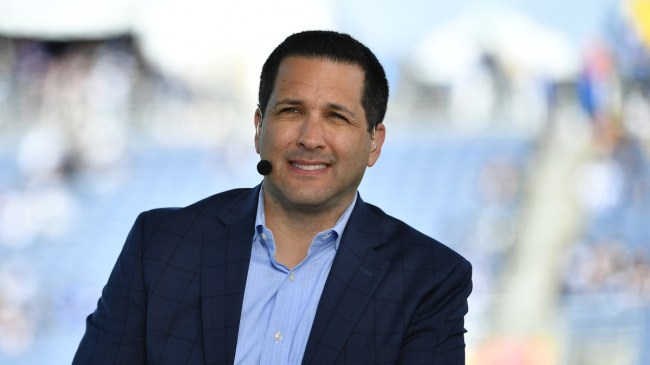 Deshaun Watson made his debut for the Cleveland Browns as the quarterback’s suspension finally came to an end. He was received with heavy boos as his alleged sexual harassment cases are still a topic of conversation. However, ESPN reporter Adam Schefter is getting blasted now after his latest column about the veteran quarterback.

Early Sunday morning, Schefter published an article for ESPN that focused on Deshaun Watson’s “progress” in his treatment program. Since then, Jimmy Traina of Sports Illustrated blasted Adam Schefter for his article.

According to Traina, Adam Schefter wrote “a fluff piece to help Deshaun Watson with his image rehab.” Those are strong words, but when you read both, Shefters’ column and Jimmy Traina’s article, you’ll start connecting the dots on how the ESPN reporter messed up. Especially considering this isn’t the first time Schefter’s been under fire when reporting on Watson.

On top of that, Jimmy Traina explains the article perfectly by stating, “But Schefter was eager to weigh in on where Watson stands with a fluff piece that seems like a press release from either the NFL or the quarterback’s camp.”

Additionally, it looks like nearly everyone is tired of seeing these mishaps from Schefter as well.

First rule of sourced journalism is anonymous sources must know facts, not offer opinions. Second is reporters should understand when they’re being used for propaganda purposes. Total fail here.

Yeah, pretty much everything about Adam Schefter’s column is weird.

Cool now tell me what the victims think about how he’s progressing?

Oh, let me guess, they’re not part of the process? And you’re tweeting this at 4AM on purpose in part due to this?

Maybe we’ll hear another apology but that’s likely the most we’re going to get. The last time Adam Schefter made a blunder like this ESPN barely batted an eye.