Adam Schefter Injured While Hitting The Griddy On ‘NFL Countdown’ 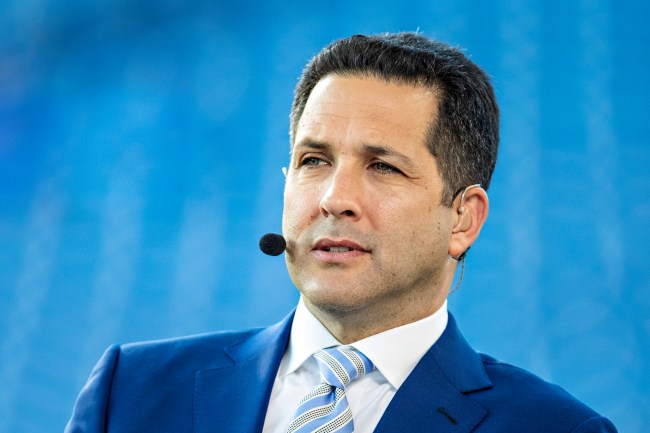 I’m sure this is one report that Adam Schefter never expected to give. Today he appeared on “NFL Live” and gave an update on his own injury.

As it turns out, while appearing on “NFL Countdown” on Monday, Schefter suffered an injury to his knee. He was hitting the Griddy before Monday’s game between the Steelers and the Browns and fears he may have suffered an ACL tear.

.@AdamSchefter fears he tore his ACL after hitting the Griddy on #NFLCountdown 😅

He underwent an MRI today, but has not yet announced the results. As somebody who regularly reports on NFL injuries, he must be fearing the outcome of a dreaded non-contact knee injury. Football fans all know what that usually means when they see their favorite player suffer one.

His colleagues were quick to poke fun at his injury.

Per sources: @adamschefter suffered a meniscus tear that will require rest the next two weeks before doctors determine if surgery is necessary. Schefter will not be listed on injury report for this weekend’s ESPN’s shows but it appears no more Griddy-ing.

Luckily, Schefter will still be available for all of his appearances regardless of the severity of the injury as he confirmed he won’t need to miss any time. Schefter seems to be in good spirits in spite of the injury and was a good sport while withstanding jabs from coworkers.

It seems this was Schefter’s last attempt at the Griddy and he will be leaving it to professionals like Odell Beckham and Justin Jefferson from now on.