Adam Silver Calls Out The NYC Mandate In Defense Of Kyrie Irving: ‘It Doesn’t Make Sense’ 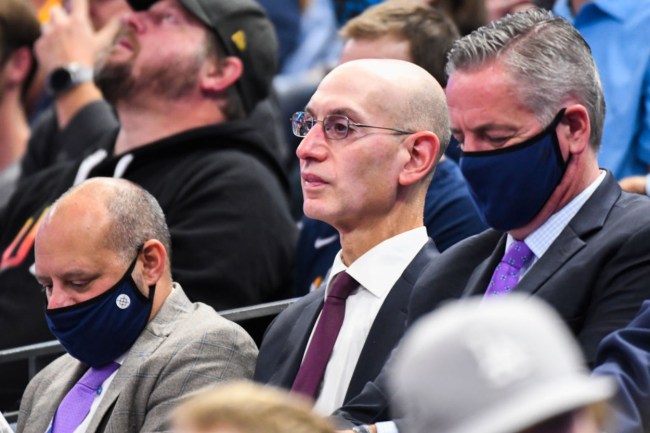 NBA commissioner Adam Silver appears to have had enough of New York City’s mandates and restrictions when it comes to unvaccinated players not being allowed to play home games.

Silver joined ESPN’s ‘Get Up’ on Wednesday morning and said that NYC’s mandate “doesn’t make sense” given the fact that it only keeps unvaccinated home players from playing in games, not unvaccinated visiting players to play in games in the same arenas.

The commissioner’s comments were centered around the fact that Nets’ guard Kyrie Irving has been disallowed from playing in home games in Brooklyn based on his decision to not get vaccinated.

“This law in New York, the oddity of it to me is that it only applies to home players,” Silver explained.

“I think if ultimately that rule is about protecting people who are in the arena, it just doesn’t quite make sense to me that an away player who is unvaccinated can play in Barclays but the home player can’t. To me, that’s a reason they should take a look at that ordinance.”

Silver certainly makes a valid point. Why is an unvaccinated player from another team allowed to come play in the Barclays Center or Madison Square Garden, while an unvaccinated Irving can’t? One might call the situation hypocritical.

New York City is expected to loosen some of its mandates and restrictions in the coming days following the lead of other cities and states around the country.

Silver, who did encourage viewers to get vaccinated, wouldn’t mind seeing the city re-visit the decision that’s barred Irving from playing home games.