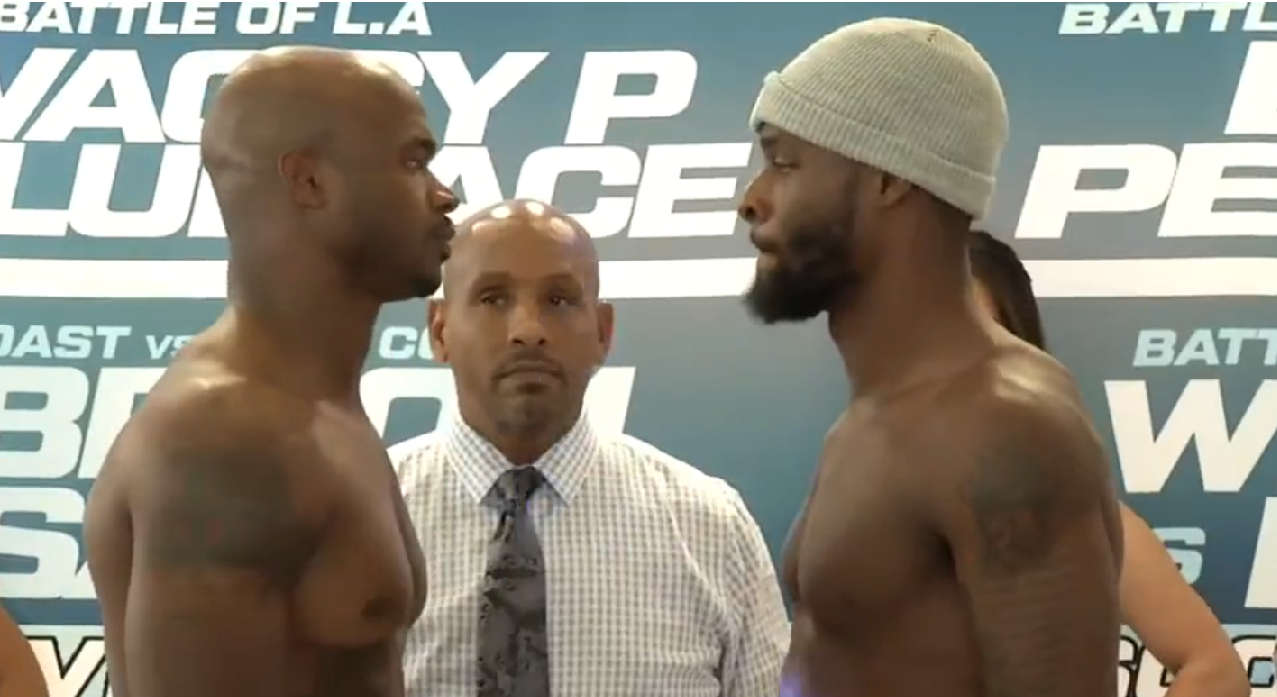 Former NFL running backs Adrian Peterson and Le’Veon Bell will be fighting each other in a boxing match this weekend and it’s not looking good for Bell.

On Friday, both fighters weighed in at Peterson has a 14-pound advantage.

Peterson ended up weighing IN at 218 while Bell weighed in at 204.

The size difference was pretty telling as the two faced off.

Who ya got on Saturday night? 🤔🥊@AdrianPeterson x @LeVeonBell

Peterson has looked impressive in sparring and believes he could find a second career in boxing.

“This is something that I definitely can see myself doing going forward as well, just depending on how things kind of play out for me,”. “But since I’ve started, this is something that I’ll continue to do. I’ll continue to stay in the ring, continue to practice, get my skills right because it’s a different ballgame when you step in that square. Fortunately for me, I have some great guys around me that are experienced. My gym in Houston, we have a ring in there. We have a lot of guys sparring all the time, and I’ve had the opportunity in the past to get in there with those guys a couple times and here recently, obviously, getting ready for the fight. I just been kind of grinding, so I might see this continue to do something going forward. So, even after this fight, I will still be on my same routine, waiting for that next opportunity to present itself.”

The fight is part of the Social Gloves event and will air on FITE TV PPV for $40.

Le'Veon Bell. Adrian Peterson. Two gladiators who respect the tradition of boxing and would never a cancel their match for the passing of a 96 year old monarch. Catch it live on @FiteTV pic.twitter.com/5eEx0csqLb