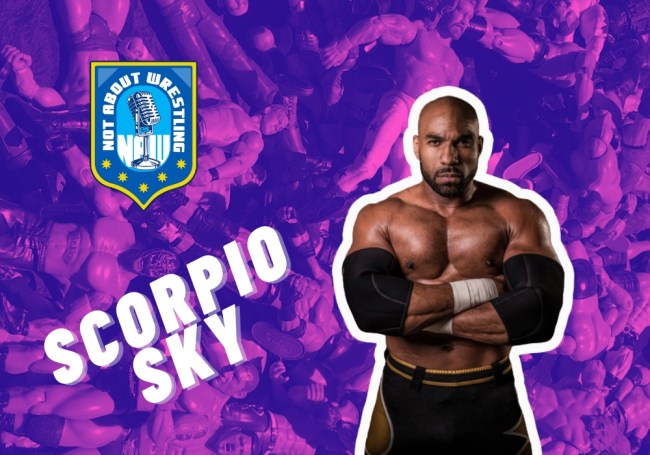 Welcome everyone to another episode of Not About Wrestling.

On today’s show, I’m talking to AEW star Scorpio Sky. Sky has worked for just about every major wrestling company in the world.

A member of SoCal Uncensored, Sky is also an accomplished mixed martial artist and appeared in several TV shows and even a Super Bowl commercial.

In this episode, Sky and I discuss his second love besides wrestling, the Los Angeles Lakers, the fact he’s never seen any “Star Wars” films, his dislike of cereal, and the random facts on his Wikipedia page.

And now, entering the ring, hailing from Los Angeles, California, this is Scorpio Sky.