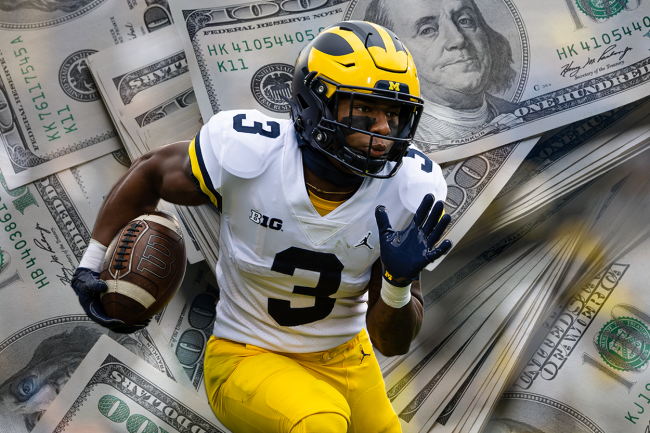 The White Sox are taking a new approach to growing their fandom. Chicago announced on Wednesday morning that it has signed eight collegiate student-athletes who are from Illinois to NIL deals as ambassadors.

The new initiative is called ‘ChiSox’ and it will “provide the new White Sox ambassadors with branding opportunities, financial incentives for social media promotion, access to professional resources within the organization’s front office and personalized career mentorship.” All eight athletes will be paid equally on one-year contracts.

In turn, they will each be part of a professional photoshoot in Chicago, receive a custom White Sox jersey and other merchandise, and have the opportunity to visit the ball park and potentially throw out a first pitch. The team is also offering its ambassadors two complimentary upper-level tickets to select games during the rest of this season.

The #WhiteSox are proud to introduce CHISOX Athlete – an NIL (Name, Image, Likeness) program created to help empower student-athletes, their voices and careers both on and off the field. pic.twitter.com/ZVyhDngB8m

Henning, a former four-star recruit, will be a junior this fall and his name carries pretty big weight in Ann Arbor.

Now he has an NIL ambassador deal with Chicago and it raises an interesting question.

Although the NCAA has rules about what is and is not legal within NIL, they are not particularly specific or detailed. There is a lot of grey area.

Despite the confusing rules, the standard for an amateur athlete signing an NIL deal with a professional sports organization has been set. It is legal.

None of them are baseball players, so perhaps there is a hesitancy to sign players within the same sport to a deal within that sport. But is it illegal?

Obviously, there are a lot of logistical issues with such a situation. A college football player signing an NIL deal with, say, the Lions and then playing in the NFL for a team that isn’t the Lions would be a problem.

Does that mean it can’t happen? The answer is unclear.