Akron’s Backup Quarterback Got Himself Ejected Against Miami OH 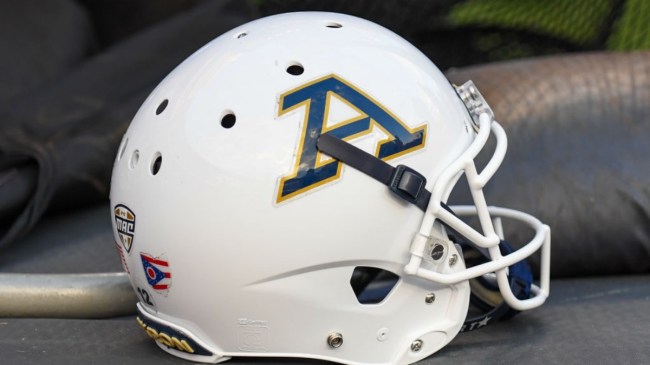 There hasn’t been much that has gone right for the Akron Zips football program this season. The team entered this weekend with a 1-7 record and the only win coming against an FCS opponent. The Zips have one of college football’s worst offenses, scoring just 19.8 points per game and they have an average point differential of -18.5.

Things didn’t get any better for them today. Akron hosted Miami OH this for some Saturday MACtion. The Redhawks entered the game having had a little better luck so far this season, earning a 3-5 record and a 2-3 record in the MAC.

Today, the Redhawks capitalized on Akron’s poor play to pad their record a bit. Akron committed 3 turnovers, including a pick-6, on the way to a 27-9 loss.

Unfortunately, just the score doesn’t give a full picture of how bad of a day it was for the Zips.

It took them until there were just over 4 minutes left in the game to finally find the end zone. After they finally scored the touchdown, a new issue emerged for Akron. Before the Zips were able to kick the ensuing PAT, the refs threw a flag.

The flag came because a player had committed a pair of unsportsmanlike conduct penalties. The player in question just so happened to be the team’s backup quarterback, Jeff Undercuffler Jr.

That's one way to earn an ejection as a backup quarterback pic.twitter.com/Id9Q5aoodB

The video clearly shows Undercuffler Jr sending some expletives in the direction of the referees.

After the 2 penalties were assessed, the Zips were pushed back to the 43-yard line and were unable to convert to get themselves into double digits.

It’s always a truly impressive feat when you manage to get yourself ejected from a game that you played absolutely no part in.

It looks like it will be another long year for the Akron Zips.