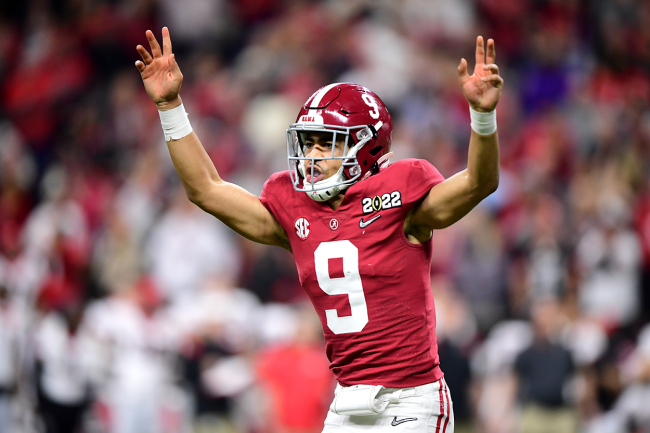 Alabama football is preseason No. 1, again. The Crimson Tide are coming off of a down year — one in which they did not win the national championship — but are poised to not rebuild, but reload.

In fact, with reigning Heisman Trophy winner Bryce Young at the helm, there is no reason that Nick Saban’s bunch shouldn’t win their head coach his eighth ring. They are stacked.

Young, of course, is the centerpiece. The former five-star recruit has already proved himself as the best player in the sport and will try to win his first national championship as the starter.

It will also be his first season at legal drinking age. Young turned 21 on the 25th earlier this week and the team celebrated with their traditional ritual— a mandatory cold tub bath.

However, it is not elective. Young did not have a say in the matter. His teammates were making sure that he got dunked in the cold tub, whether he liked it or not. And it was clear that Young did not like it because he did not go down without a fight as what seemed like the entire Alabama roster snatched him up, dragged him through the facility and threw him in the tub.

Young’s birthday was on Monday, so when he arrived at the facility on Tuesday, he might have thought that he got off of the hook. Maybe he thought that nobody wanted to dunk the QB1.

That was incorrect. Young got dunked.

Even the reigning Heisman Trophy winner @_bryce_young gets the typical @AlabamaFTBL Birthday celebration.

Here’s what is seemingly the entire team throwing their QB in the cold tub at Mal Moore.

Just so long as Young didn’t get injured — which he didn’t — his birthday celebration was all in good fun. I’m sure they also went out to get Young his first-ever sip of alcohol after, because drinking before you turn 21 is illegal.