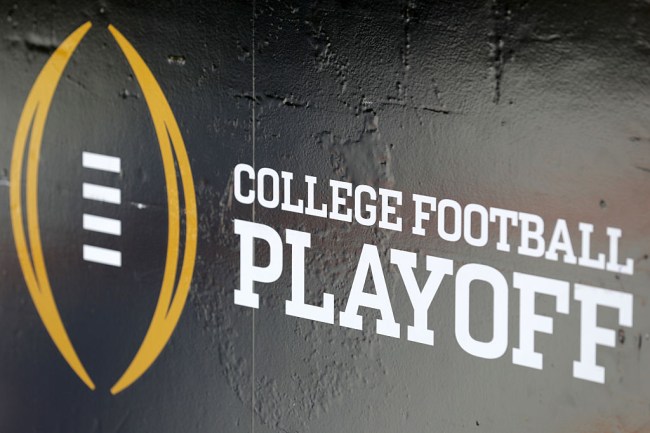 On Monday, the Alabama Crimson Tide will travel to Atlanta to take on Georgia in a battle for college football supremacy. If the game is half as exciting as the double-overtime Rose Bowl battle that sent the Bulldogs to the national championship, we should all be in for a treat.

This is the third year in a row Bama will play for a national championship. They came away with a victory against Clemson in 2016 but relinquished the title after losing the rematch last year. They were given a runner-up trophy for their troubles— an award that most college football programs would kill to show off on campus— but it appears at least one coach is not a fan of millennials and their damn participation trophies.

On Thursday, Alabama strength coach Scott Cochran waltzed into the Alabama locker room with the trophy in tow before raising it over his head and shattering it on the floor. He added insult to injury by grabbing a hammer and inflicting a fatal blow before a couple of players came over and stomped on the remains, because the Crimson Tide are apparently huge fans of Office Space.

The only thing this video is missing is the Geto Boys playing in the background.

After getting its revenge on Clemson, Alabama had no need for last year's runner-up trophy (NSFW language)
(📹: jeudy_4/Snapchat) pic.twitter.com/x9mC1RJLHX

I can’t even imagine how terrified this year’s second-place trophy must be right now. It’s kind of like being a member of the North Korean soccer team or Snake Pliskken during the basketball scene in Escape From L.A., only its fate is entirely out of its control.

I’ve never extended my sympathies to an inanimate object before, but I guess there’s a first time for everything.