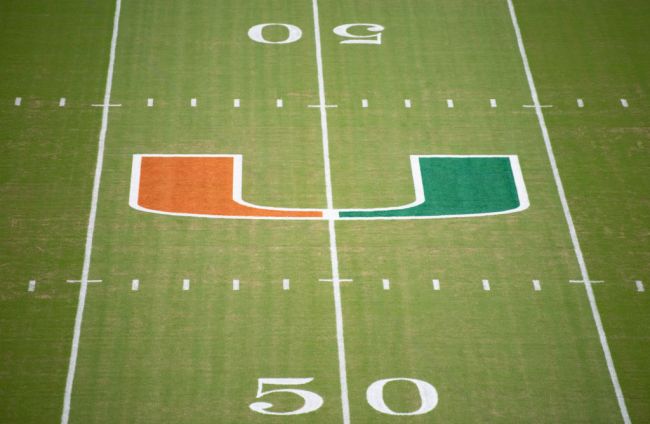 Things are apparently already getting heated between Alabama fans and Miami Hurricanes before the first big college football game of the season on Saturday.

Alabama Football fans seem to be afraid to comment on my diss track over on YouTube. Maybe they will talk some trash on Twitter? We ain't scared of you!#BeatBama #WeAintScared #MiamiHurricanes #TheU #GoCanes #ACC @CFAPeachBowl @CanesFootball @AlabamaFTBL @espn @Coach_MannyDiaz pic.twitter.com/r2TC7Vqdeg

“I’ve gotten some death threats from fans and telling me they want to meet up with me at the game and stab me,” “No, I won’t meet up with you and fight you at the Miami-Alabama game,” he added. “That might be the dumbest, stupidest thing I’ve ever heard. Maybe some of you guys like to throw hands at football games, that’s not me. I keep it about the game.”

Coach Coop had a message for those who are saying they want to meet him and fight him at the game this Saturday over the song.

Everyone that has DM'd me saying they want to "fight at the game." I'm not going to "fight you" over a ball game. I'm a grown man with a family who makes over the top videos on YouTube for fun. What happened to trash talk?? I'm literally gonna be there with a Bama fan, lol.

Maaan… this Bama fan better not get my shirt dirty. I don't enjoy doing laundry. I don't have any stain remover either. #GameWeek #BeatBama #GoCanes pic.twitter.com/ZryzE8P974