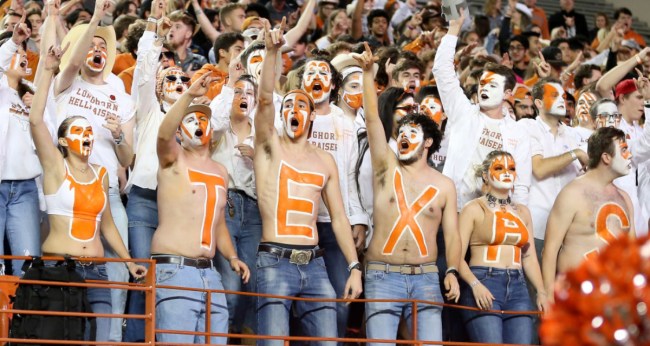 When it comes to matchups in Week 2 of the 2022 college football season, there is no bigger game on the slate than Texas hosting Alabama. It’s rightfully being tapped as one of the marquee matchups of the year, but the kickoff time doesn’t necessarily reflect that.

On Thursday, kickoff times for a large number of early games in the season were announced, including kickoff for the Tide’s trip to Austin on Sept. 10.

While most would’ve guess the game would have been played at night, it’ll actually be kicking off at 11:00 AM in Austin, noon on the East Coast.

While Alabama-Texas is the biggest game of the weekend, the two big network night games that Saturday will instead be USC-Stanford and Baylor-BYU.

Personally, as someone who doesn’t have a rooting interest in the game, the noon kickoff doesn’t bother me. It’ll be nice to start the day with the biggest matchup of the weekend, which typically isn’t the case at any point during the college football season.

If I were a Texas or Alabama fan, however, and especially one going to the game, then yes, the noon kick stinks out loud. The lack of build-up and drinking, time ahead of kickoff could be a problem for Texas and Alabama fans.

Also, it’ll likely be scorching hot in Austin on Sept. 10.

Me, a pasty-ass white boy, after the 11am Texas vs Alabama game this year: pic.twitter.com/xWKl3N3mfK

Really you’re gonna have one of the top games of the year in cfb at 11am 🙄 https://t.co/BiNc8gia4x

11am game against Alabama should be illegal https://t.co/bGYsq6fiBL

Texas-Alabama at 11 am is gonna be BRUTAL in terms of the heat. https://t.co/qBGFFZdKGn

I could write a five page essay on why this kickoff time is ridiculous, good Lord. But still #RollTide https://t.co/6U2ezRQ3ZO

I’m already complaining about the heat for this game https://t.co/WhZe9aG2iz