Albert Pujols Is Returning To St. Louis And Everything In The MLB Is Right Again 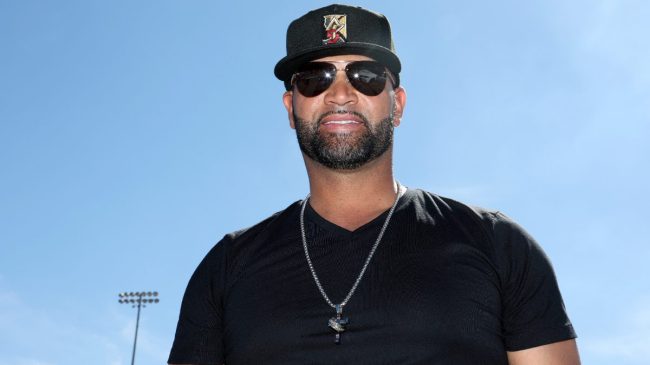 Albert Pujols is back in St. Louis, the city where he played for the first 11 seasons of his career.

The slugger signed a one-year deal to return to the Cardinals in 2022, giving him an opportunity to retire where it all began way back in 2001.

Pujols came into the league right after the turn of the 21st century. In that first decade as a professional, he grew to become one of the best first basemen in the majors. With the Cardinals, Pujols hit .328 with 445 homers and over 1,300 RBIs.

He was a nine-time All-Star, three-time NL MVP, and the 2001 Rookie of the Year. Pujols hit below .300 just once in St. Louis, recording a .299 average in his final season with the team. He was arguably the league’s best hitter over those first 11 campaigns.

Unfortunately, Pujols opted to leave St. Louis for sunny Los Angeles, where he signed a 10-year deal with the Angels worth $240 million. His career steadily declined upon leaving the Cardinals. The once reliable righty hit just .256 in LA before being traded midseason to the Dodgers in 2021.

While his career is obviously on the back end, fans are happy to see him make his return to St. Louis.

The Cardinals signed Pujols to a one-year deal this week, making everything in the MLB right again. The deal will give the slugger an opportunity to end his career where it all began more than 20 seasons ago.

The baseball world is elated to hear the news of Pujols’s return to St. Louis. Check out the reaction below.

Would be something to see Pujols, Waino and Yadi go out together (though only Yadi has officially said 2022 is his final season) https://t.co/rtgMuYuqk4

The Machine is coming back to St. Louis.

Albert Pujols in the greatest Sportscenter commercial of all time #stlcards pic.twitter.com/B7xi5trfTM

The last time Albert Pujols was on the Cardinals, he had what is described as the greatest World Series game ever, going 5-6 with 3HR, 6RBIs, 4R en route to winning the World Series.

Albert Pujols is finalizing a deal to return to the Cardinals, per @dgoold pic.twitter.com/cqmL7GUMBW

Albert Pujols, Adam Wainwright, and Yadier Molina will all be playing for the Cardinals in 2022.

With Pujols in agreement to return to the #STLCards a fun fact: the only active player who was drafted in the ‘90s (1999) is Pujols. The only 2 still active from the 2000 draft are Molina/Wainwright. They are all about to be teammates again.

Albert Pujols is returning home to St Louis on one-year contract. @dgoold and @katiejwoo on it.

Albert Pujols, 11 years later, is once again a Cardinal. This was 100% a move for the fans. Thank you .@Cardinals ownership for one last dance!