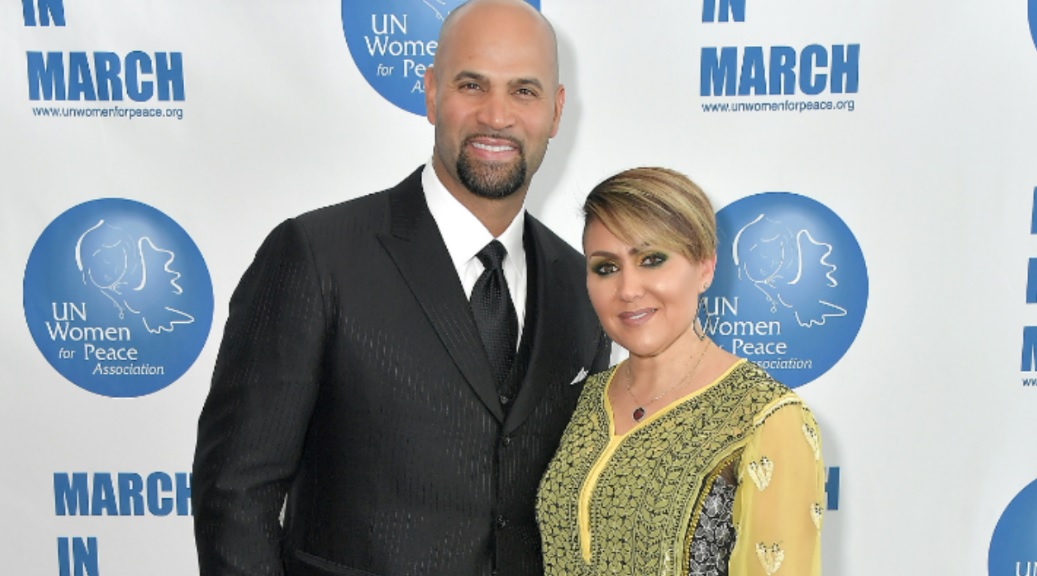 Albert Pujols is raising some eyebrows after announcing that he’s divorcing his longtime wife while she’s dealing with a medical emergency.

Last week, Pujols revealed that his wife of 22 years, Deidre was having brain surgery in the middle of the Cardinals spring training camp.

Minutes after the 42-year-old smacked the first single of his second act with the St. Louis Cardinals, he received a text message saying Deidre Pujols’ brain surgery was a success.

Deidre Pujols posted on social media late Tuesday that she was preparing for surgery to remove a brain tumor discovered in October. Her husband signed with St. Louis earlier this week and arrived in camp on Monday knowing Deidre was prepping for what doctors told them was relatively routine operation

But any time you open your scalp and your head, you are always concerned about it,” he said. “You trust the doctor that they have that wisdom and that gift. As much as we take swings in the cage, they do surgery.”

Noting that Deidre’s mom and family were there to support her, Pujols doesn’t plan to leave camp early and return to California to be with his wife. He may head to see her during the days off between the end of camp and the start of the season.

On Monday, Pujols released a statement in which he announced that he was divorcing his wife just days after her brain surgery.

“I’ve been asked a lot of questions over the past few days regarding what’s been going on at home and sadly, after 22 years of marriage, I have made the decision to file for divorce from my wife, Deidre. I realize this is not the most opportune time with Opening Day approaching and other family events that have recently taken place. These situations are never easy and isn’t something that just happened overnight.

“As a devout Christian, this is an outcome that I never wanted to see happen. For many long days and nights, I prayed, asking the Lord for His guidance. I am thankful for the five beautiful children that we brought into this world and remain committed to raising them in a loving and safe environment. I ask that you please respect our privacy and the privacy of our five children during this time.”