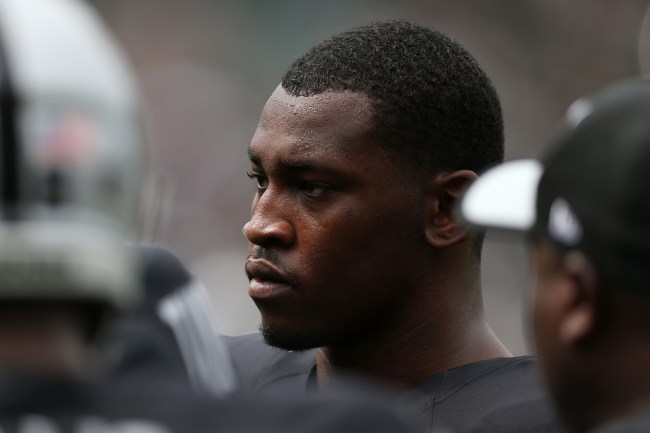 Aldon Smith recently signed with the Dallas Cowboys, bringing the former All-Pro defensive end back into the NFL for the first time since 2018 — which ended abruptly following a domestic violence incident that led to his release from the Oakland Raiders. Having not actually played in the league since 2015, the now 30-year-old former first-round pick has a chance to salvage some of the promise he showed early in his career.

The journey to get back into the NFL has been a wild one for Aldon Smith, to say the least. Not only was he suspended a few times in the past for violating the NFL’s substance abuse and personal conduct policies, but, after his release in 2018, the defender continued to run into legal problems, falling deeper into a hole that he (luckily) has now gotten himself out of.

Just how awful did it get for Smith? So bad that he was sleeping under cars as recent as two years ago, recently detailing to FOX Sports’ Jay Glazer how difficult the year 2018 was for him.

From sleeping under a car, to joining the @dallascowboys.@AldonSmith tells @JayGlazer about his long journey back to the NFL: pic.twitter.com/osu8mV36h6

“I would say 2018 was a tough year,” the new Cowboys talent said. “In that year, I was in a really dark place. I didn’t have a lot of value for how I thought about myself. When I was in the bad spot, it got pretty bad. I was sleeping under a car for some nights because my sickness took me there. And I had a home to sleep in. But I was in such a dark place that I didn’t see myself deserving anything other than that.”

That’s heartbreaking to hear, so it’s good to see that Aldon Smith has gotten his life back together, even telling Glazer that he’s been sober now for nine months. Remember, this is a guy who, per Spotrac, earned over $22 million through the 2017 season, so the fact that he was sleeping under cars is hard to imagine. Nobody would wish that rapid fall from grace on their worst enemy.

With the Cowboys handing Smith a one-year deal worth $2 million, the team’s hoping the former No. 7 overall pick is on the straight and arrow and can stay clean. If he can produce at the level he once showed before, even better, but the story of overcoming all that he’s been through to even get another chance in the NFL is incredible.

There’s no doubt Aldon Smith will have a short leash from the league should he encounter any problems, but, based off of where he seems to be now form the interview with Glazer, it sounds like he’s overcome his previous troubles — which were bizarre and scary all at the same time.