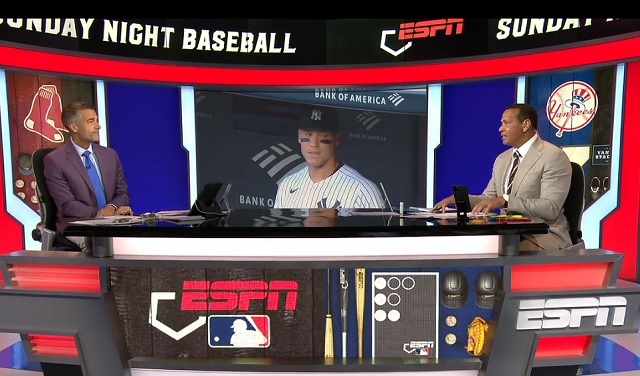 Alex Rodriguez may have gotten a bit carried away with his praise of Aaron Judge during Sunday Night Baseball’s Red Sox-Yankees game.

On Sunday, Judge extended his home run streak to five games after he hit two home runs including a go-ahead homer in the 8th inning to beat the Red Sox.

GET AROD OFF TV FOREVER
pic.twitter.com/mlHHB1f24L

Did I blackout or did A-Rod just compare Aaron Judge to Michael Jordan and Tiger Woods?

Aaron Judge is a good/fun player but he's not anywhere close to Jordan/Tiger territory. He's not even the best player in the AL right now. C'mon Arod.