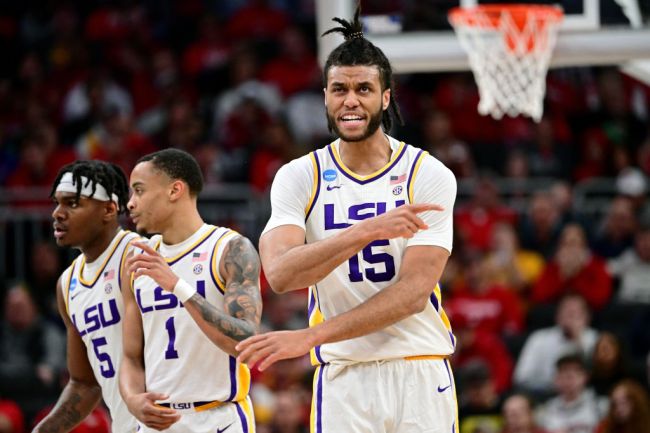 The LSU basketball program has officially hit a low point.

The month of March saw them take a quarterfinal exit from the SEC Tournament in a blowout loss to Arkansas. Then they fired head coach Will Wade after receiving a Notice of Allegations from the NCAA.

After his firing, LSU still had a spot in the NCAA Tournament to look forward to. Unfortunately, they squandered their 6-seed with a first round loss to Iowa State.

Since that loss, they have suffered a slew of losses across their roster between players leaving for the draft and entering the transfer portal. As of today, those losses include every single scholarship player on their roster for this past season.

Since Will Wade’s firing on March 12, LSU has lost all of its scholarship players from this past season https://t.co/YsKIl32xtD

Their departures include Darius Days and Tari Eason heading for the NBA draft while the rest of the roster has all chosen to enter the transfer portal with Mwani Wilkinson becoming the last player to enter the portal today.

Luckily for the Tigers, they have already been able to begin rebuilding their roster through the portal. LSU has already secured 3 transfers for next season’s roster. Those transfers include Justice Hill and Trae Hannibal who are both following their head coach from Murray State to Baton Rouge.

Kendall Coleman will be leaving Northwestern State to join LSU.

This is a good start for incoming head coach Matt McMahon as he attempts to rebuild the LSU program in the face of their NCAA issues, but their is still a long way to go for the Tigers.

LSU is going to need to make some more big signings if they hope to make another trip to March Madness next season.