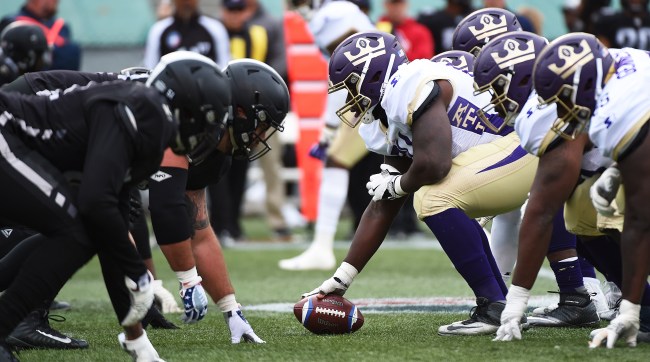 As predicted when it was revealed that The Alliance of American Football (AAF) had failed to pay promised wages, expenses and medical bills, multiple lawsuits have already been filed against the league seeking damages.

So far there are two class action lawsuits against the AAF, one was filed by a pair of players, Colton Schmidt and Reggie Northrup, on behalf of all the AAF players, while the other was filed by the Birmingham Iron director of community relations, James Earnest Roberson Jr. Both lawsuits were filed in California.

Investors, businesses affected by the AAF folding, and fans who lost out on ticket money are also among those expected to file lawsuits against the league at some point.

Roberson is suing the AAF and its LLC, Legendary Field Exhibitions, along with a handful of investors, including former NFL player Jared Allen, who also worked for the Alliance. League co-founder Bill Polian, MGM Resorts International, Troy Polamalu and J.K. McKay also are listed as co-defendants.

“This is a wholesale destruction of an entire football league,” said Boris Treyzon, one of the attorneys suing on behalf of the players. “Once we started looking at the facts, we saw that this is basically a wholesale betrayal of a group of people.”

Roberson’s suit alleges the AAF violated the WARN Act (Worker Adjustment and Retraining Notification Act of 1988), and seeks wages, commissions, bonuses, holiday pay, vacation pay, and 401(k) contributions owed to league employees, including interest owed on the payments, plus “other and further relief.”

The lawsuit filed by the players alleges breach of contract, breach of implied good faith and fair dealings, failure to pay wages, fraud, and false promises, and seeks both general damages as well as punitive damages.

The suit alleges the “defendants concealed and suppressed a material fact about their intentions for the long-term viability of the Alliance of American Football” and that the defendants “intended to conceal the fact that the league was insolvent.” Instead, the suit claims the AAF projected it had funding for years. The suit also alleges the defendants “made promises to the plaintiffs and class members regarding the long-term longevity and health of the league. Defendants did not intend to perform the promises made when they made the promises.”

The players’ suit also alleges Schmidt and Northrup would not have played in the league if they knew it wasn’t financially viable from the start.

View the players’ lawsuit below…

View this document on Scribd