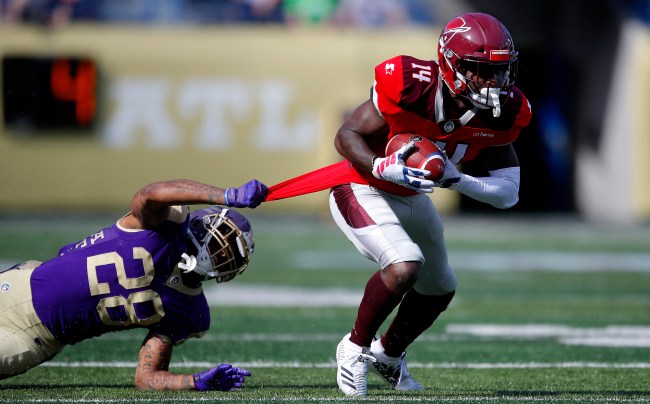 It appears that the troubled, and as of now, defunct Alliance of American Football (AAF) will continue to be in the news for some time as the league is likely facing lawsuits from many involved with the league including players who are seeking money to pay their medical bills.

After announcing to league staff in a ridiculous e-mail that the AAF was folding with two weeks remaining in the regular season, many of those involved will now lose out on promised wages and expenses, including bills related to injuries suffered participating in games and practices.

According to Rich Ohrnberger, an ex-NFL player who worked as a radio analyst for the AAF, via ProFootballTalk.com, “Players in Memphis came back to their hotels after news came down, and had their personal items waiting in the lobby.”

Ohrnberger also wrote on Twitter that the “amount of money owed to vendors, venues, etc. in San Antonio for training camp is over $4 million,” that “reserve/injured players, ‘will be left in the cold’ … paying for their own rehab/medical expenses,” and “team level staff members were asked to stay behind in markets to clean out office spaces (without pay)… and handle ‘refunds’… no clarity who will be receiving those refunds.”

ProFootballTalk.com also reports that some players have told them they’re looking into the possibility of filing workers’ compensation claims.

Now, NFL Draft Diamonds reports that they spoke to a close source who told them “several attorney’s are lining up to sue the AAF and Tom Dundon to get their contracts paid as well as other expenses.”

SI.com reports that not only areplayers and AAF investors going to be looking for money, so are coaches, fans who purchased tickets, and businesses that entered into contracts with the AAF such as CBS, the NFL Network, and insurance companies.

What a complete and utter clusterf**k.