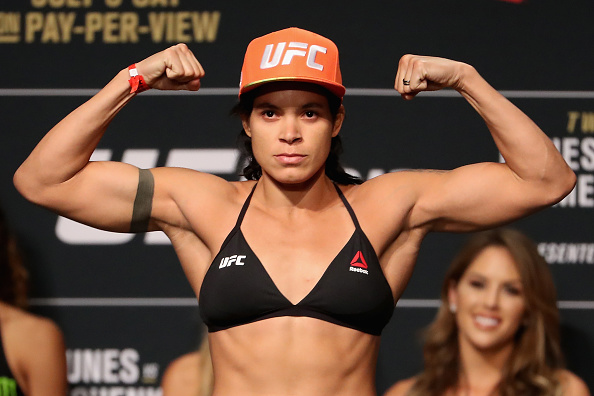 Amanda Nunes became an MMA legend tonight. Two years after ending Ronda Rousey’s career, Nunes became a two division champion after viciously beating down Cris Cyborg, one of the most feared female fighters in MMA history, with a brutal first round knock out.

Amanda Nunes becomes the first fighter EVER to hand Cris Cyborg a loss via knockout. She's without a question of a doubt the greatest female fighter in UFC / MMA history. GOAT status achieved. #UFC232

What a badass. She has beat Ronda Rousey and Cris Cyborg in under a minute each. I was never a huge Nunes fan, but how the hell can you not call her the female GOAT?

What do you even say to that?!

I fucking love it.

Amanda Nunes is the GOAT in WMMA.#UFC232