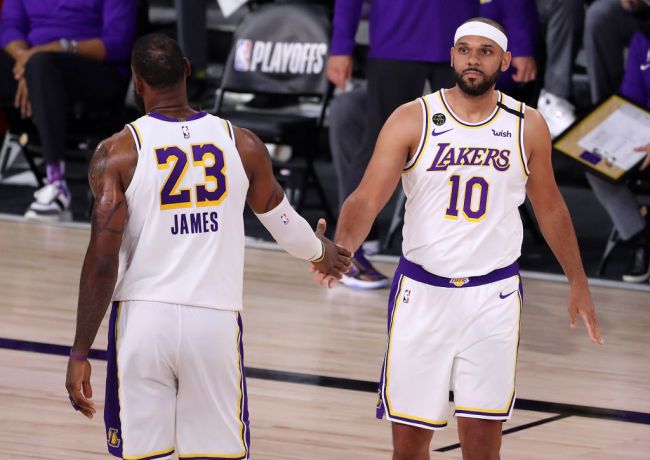 Jared Dudley is no longer a Laker and LeBron James is not happy about it.

On Tuesday afternoon it was reported that Dudley is retiring from the NBA and is taking a coaching job with the Dallas Mavericks.

After 14 NBA seasons, Jared Dudley has agreed to a deal to become an assistant coach with the Dallas Mavericks, sources tell @TheAthletic @Stadium. Dudley will be a front of the bench assistant under new head coach Jason Kidd.

Dudley averaged 7.3 points and 3.2 rebounds across 904 NBA games, spending his final two seasons as a key veteran on the Lakers. He was part of the 2020 Lakers title team. https://t.co/8Dh8QOjIcL

LeBron apparently had no idea Dudley was leaving and voiced his displeasure by cursing on Twitter.

Despite not playing much during his time in LA, teammates often spoke highly of Dudley, who nearly won the NBA’s teammate of the year award in 2020. Just a few weeks ago former Laker Kyle Kuzma said Dudley was “by far” the best teammate he had played with.