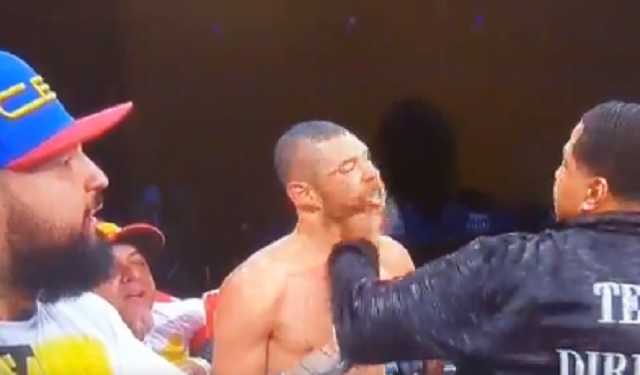 After tonight’s Andre Dirrell-Jose Uzcategui boxing match ended in a DQ, Dirrell’s uncle, Leon Lawson, decided it was a good idea to sucker punch Uzcategui for hitting his nephew after the bell.

Wow this just happened during the Andre Dirrell fight. pic.twitter.com/pMgia7MUWT

That punch is likely going to cost Lawson some jail time for assaulting someone who was not defending themselves.

Dirrell's uncle, Leon Lawson, who punched Uzcategui after the fight was over, is wanted by cops and they dont know where he is.

Dirrell spoke to the media and apologized for his uncle’s actions.

Dirrell: “I’m very sorry for what my coach has done. But he loves me. That’s my man, that’s my uncle, that’s my brother, that’s my coach."