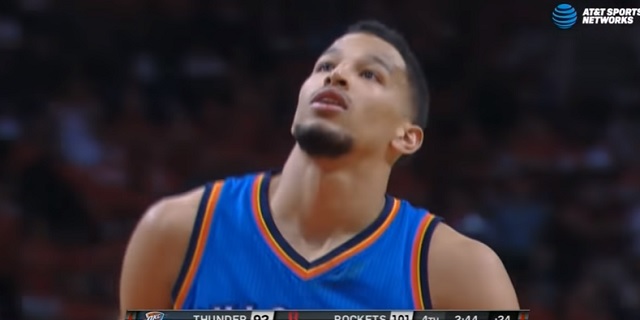 Yesterday, OKC Thunder guard Andre Roberson got called out by a waiter on Twitter for leaving a small $13 dollar tip on a $487 bill. Roberson eventually fired back at the waiter and quickly tried to change the subject by asking how his teammates Steven Adams and Enes Kanter were doing on Twitter.

@FlyDre21 get paid 30 million for 3 years and tips this!!! Your trash!!! pic.twitter.com/OSONPSBSUA

Shouldn't have had to tip you it was just a bottle at a bar …there was no service ..now I can see if it was a club! You Reaching bro

In other news! Where is @Enes_Kanter & @RealStevenAdams these days hope your doing good brodies!!!

Unfortunately for Roberson his teammates didn’t play along and decided to roast him for leaving a small tip.