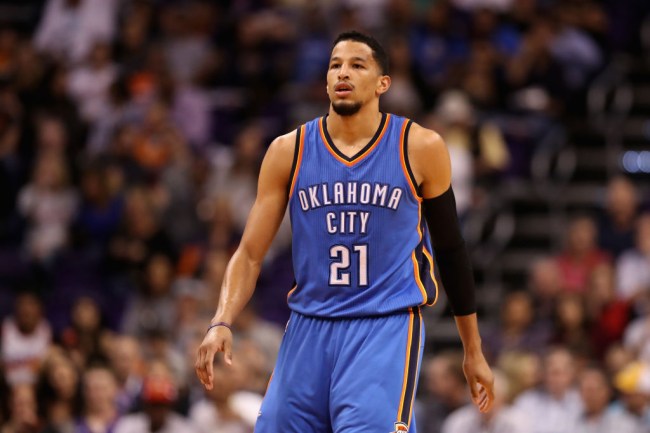 Former Old Dominion college basketball player Rachel DeMita has blown up since becoming the in-game host of NBA 2KTV back in 2014. Four years later, DeMita is now a social media super star with 1.3 million followers on Instagram, 330,000 on Twitter.

DeMita, who is currently single, has plenty of suitors online who are vying for her attention including OKC Thunder guard Andre Roberson who went out of his way to shoot his shot at the NBA 2KTV host when she posted a pic on Instagram on her birthday.

I don't know if shooters shoot applies to this situation….you know, it being Andre Roberson and all https://t.co/MjTBNCkK1u

I don't know if shooters shoot applies to this situation….you know, it being Andre Roberson and all https://t.co/MjTBNCkK1u

Andre Roberson lowkey becoming the most talented shooter in the league pic.twitter.com/U9IgxBhtwS

Mannnn Andre Roberson pulling Rachel Demita, I’m pulling up from full court from now on anything is possible baby 📈

If DeMita is actually dating Roberson then it’s possible that she has the better jumpshot in the relationship.

I failed at all the #NBACombine stations, so I decided to shoot around instead 🤷🏽‍♀️ @NBA pic.twitter.com/iWxzhEMmcQ