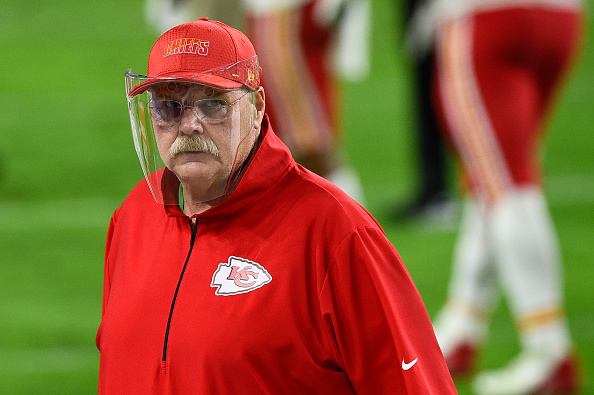 Let’s make this abundantly clear: God made only one Andy Reid. In an effort to represent peak evolution of the human race, God worked tirelessly through the night to assemble the ideal portly build, a dense, symmetrical mustache, and an appetite fit for a village. Clock management is the only omission in an otherwise supreme rendering of our species.

Reid appeared to be Stephen Glansberging it at the Royals game on Friday afternoon, repping his signature Chiefs-branded short-sleeved button down, Senior Accountant bifocals, and a mustache that indicates he’s made many a citizens’ arrests in his day.

Despite the Royals announcers spotlighting Reid during the game and Bleacher Report, among other sports media publications, posting to its nearly 10 million Twitter followers that Reid was in attendance snapping selfies, the man is Matt Black, a near-exact replica of the Chiefs coach.

This guy was in fact NOT Andy Reid… 😅 https://t.co/gZBcY9Oryj

Black goes by @AlmostAndyReid on social media (he’s got nearly 250,000 TikTok followers) and claims to be “Chiefs Super Fan and head coach doppelgänger.”

“I thought, if I can do a little bit on my side to bring a little fun, a little joy into people’s lives, then that’s what I’m doing,” Black said, via FOX 4.

Not to be that guy, but I knew that wasn’t Andy Reid the second I noticed he was not pounding stadium food. Hate to be the told ya so guy, but if he’s not holding meat on a bone, it’s probably not Andy.