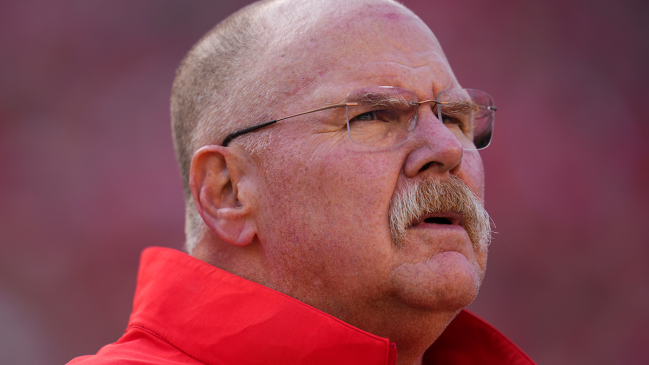 Andy Reid is one of the greatest NFL coaches of all time. The big man has been among the NFL’s elite for nearly a quarter century now.

First, it was with the Philadelphia Eagles. He led them to five NFC championship game appearances and one Super Bowl loss.

The Eagles and Reid parted ways, but he went to the Chiefs right after and in that 2013 season, Kansas City started a turnaround that has made them one of the league’s best franchises. Of course, picking Patrick Mahomes helps with that.

Right now, the Chiefs are just three wins away from their 2nd Super Bowl win in four years. But, next year, they will be playing in Germany. That’s part of an NFL initiative to host more games in Europe.

And, Reid was asked whether he was looking forward to playing in Germany. In typical fashion, he had a hilarious response.

Chiefs’ HC Andy Reid, asked today for his thoughts on playing a game next season in Germany: “I look forward to getting a bratwurst.”

Kinda wish he said “I look forward to getting a brat” like a true big fella would say, but this will do.

Realest dude in all of football

Schnitzel is better, though.

Of course, Kansas City did give Reid a cheeseburger.

Chiefs got Andy Reid a cheeseburger for Christmas 😂 pic.twitter.com/04f1QNzn6o

In the meantime, the Chiefs will play the upstart Jacksonville Jaguars Saturday for a chance to go to the AFC championship game.