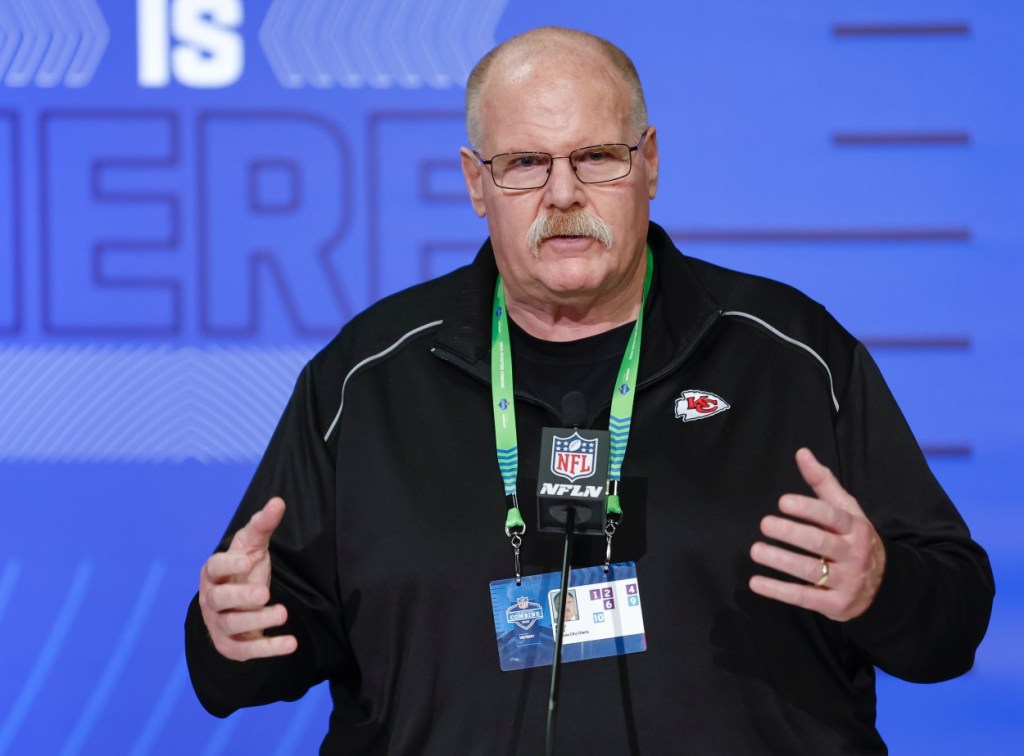 I recently compiled a list of the most memorable Andy Reid quotes throughout his career. A few short weeks later and we already have another instant classic to add the collection of Andy Reid quotes and this one pertains to working with Chiefs quarterback Patrick Mahomes.

This was a tricky hire given that Matt Nagy had been a head coach since leaving Kansas City as their offensive coordinator in 2017. But the allure of working with Chiefs quarterback Patrick Mahomes, a generational talent, was evidently enough to convince Matt Nagy to take the step backward in coaching seniority.

During his SiriusXM NFL Radio appearance, Andy Reid described the joy derived from working with Patrick Mahomes and he did it in a way that only Andy Reid can. Here’s the segment (quote below as well)…

"That's better than a jelly donut."

“That’s better than a jelly donut”

Speaker 1: (Joking) I’ve got this bum quarterback right here, his name’s Mahomes. Do you want to come (work) with us?

Andy Reid: That’s better than a jelly donut, man let me tell you.

Where Does ‘Jelly Donut’ Rank Amongst Andy Reid Quotes?

It’s hard to say where ‘Jelly Donut’ ranks compared to preview quotes from Andy Reid. I’m awfully fond of “If you have a piece of chocolate cake, and you see another dangling in front of you, you’re going to want it. That’s how you feel about the super bowl..it is the ultimate chocolate cake.” And this quote about seeking out the biggest cheeseburger he can find is legendary:

I’m not alone in loving pretty much everything that comes out of Andy Reid’s mouth. He needs his own radio show one day after he retires from coaching.

This man is a national treasure

I’m in Texas. Should still be a 100% Cowboys fan but can’t help myself. Love you Andy and the Chiefs!

The joke u got out of this was jelly donuts and not the facts that Andy Reid is worried about Matt Nagy getting eaten by a cheetah? Talk about burying the headline…

Miss me with this grim reaper nonsense… it's Patrick "Jelly Donut" Mahomes!

You DONUT mess with my guy @PatrickMahomes! https://t.co/qLezyyxnxC

I’m not a big jelly donut guy. Give me an apple cider donut, glazed, or cinnamon sugar first. I’m not ranking jelly donuts near the bottom of my list but I’m just trying to wrap my mind around holding jelly donuts in such high esteem that you compare being a quarterbacks coach working with Patrick Mahomes to eating a jelly donut. Maybe a tomahawk ribeye, but a jelly donut?