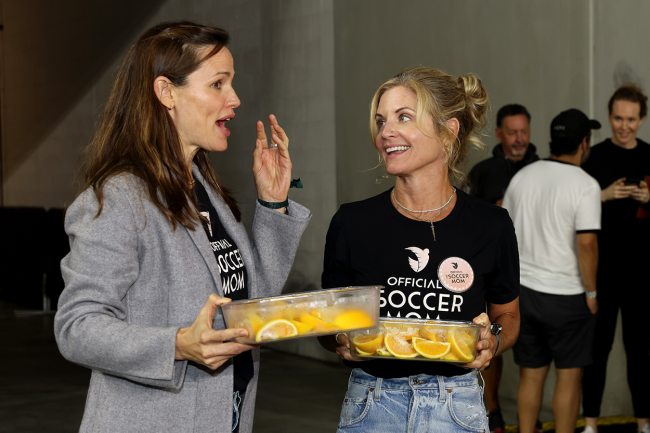 Jennifer Garner and Glennon Doyle, the wife of USWNT legend Abby Wambach, are more than just part owners of Angel City F.C., they are also the official soccer moms. Earlier this week, the duo stopped by Banc of California Stadium for the team’s home match.

They did the most.

Garner and Doyle quickly sprung into action as soccer moms. Prior to the match, the two did some of the players’ hair, tied their shoes and even gave a pregame speech.

“…We want you to stay hydrated, have a casserole, some peanut butter for energy,” Garner added.

The official soccer moms greeted the players as they took the field and once the match got underway, they quickly became Angel City’s biggest cheerleaders.

Garner posted video from the evening and admitted that she and Doyle know next to nothing about the sport, but made it very clear that their lack of knowledge doesn’t mean that their support will waver. Documentation of the entire evening is pure gold, take a look:

Another video of Garner and Doyle leaning all of the way into their role as soccer moms provides another look at all of the festivities. They were fired up to be there and the moment in which Garner handed out orange slices to Sydney Leroux and her children could not be any more wholesome.

A lot of credit to Garner and Doyle here. They are doing their part to bring exposure and interest to the club, though obviously there is some financial incentive to get fans in the seats considering their part ownership. All of that aside, it was incredibly fun and a great idea!