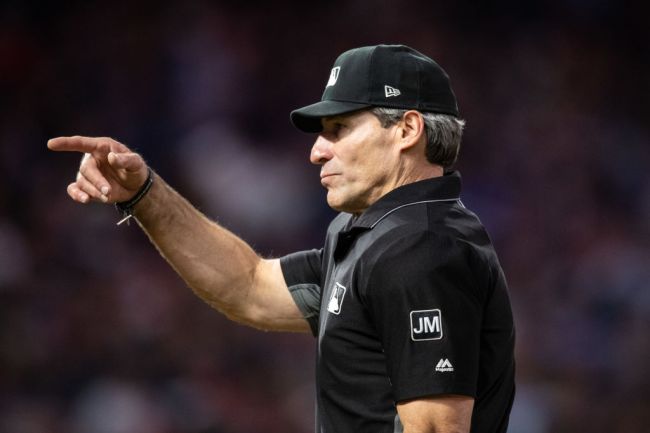 Yesterday was a day that ended in ‘y’ and Angel Hernandez was behind the plate in Miami, therefore, a bad strike call was made.

Hernandez, who has been calling games in the bigs since 1991, has become a running joke in the league, given the fact that he routinely forgets what a strike zone is and incorrectly calls balls and strikes.

On Wednesday night, during the bottom of the ninth in the contest between the Mets and Marlins, his inability to call balls and strikes was on full display.

Brian Anderson was at the plate with Miami down 5-3 and Hernandez punched him out on a pitch that was very clearly low and outside. Rightly so, Anderson hated the call and gave Hernandez an ear full.

The call was so bad that the Mets announcers stood up for Anderson and roasted Hernandez for his terrible call.

SNY analyst Ron Darling delivered a great line, saying “It’s not an official game until Angel plays a big part in it.”

Angel Hernandez, a master of his craft. pic.twitter.com/AuGRsHcoqc

There’s no other way to say it, Hernandez stinks.

Umpires aren’t going to be perfect, after all, they’re humans and they’re tracking baseballs with the same sort of eyes you and I have. But, this is a running theme for Hernandez. He continues to impact games, and it’s terrible for baseball.

Being bad at his job isn’t anything new for Hernandez.  Ahead of the 2000 season, Major League Baseball released a number of umpires and Hernandez was ranked 31st out of 36 umpires in the MLBPA survey. He kept his job, somehow.

Thankfully, MLB has not let him call a World Series game since 2005.