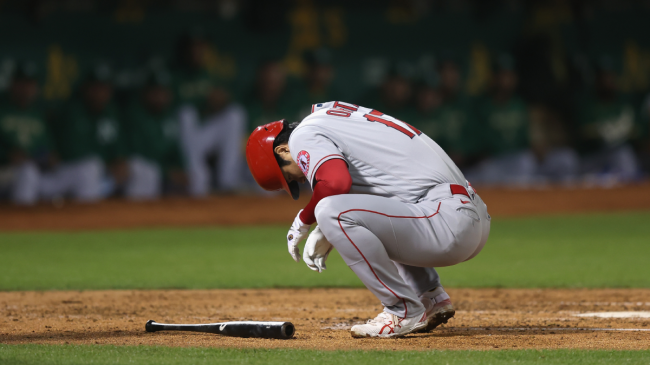 The Angels’ final game of the year summed up their 2022 season in a nutshell. A team that boasts two potential MVP candidates continues to lose despite monumental individual performances.

Mike Trout finished the year hitting .280 with 40 home runs and 80 RBIs. He landed his 11th All-Star invite and tallied the third-most home runs over a season in his career.

Teammate Shohei Ohtani was even better. As a hitter, he racked up 34 homers and 95 RBIs. As a pitcher, he went 15-9 with a 2.33 ERA (6th in MLB). If not for Aaron Judge’s record-setting season in New York, Ohtani would be a shoo-in for AL MVP.

Yet, the Angels ended the year 16 games under.500 at 73-89. They finished 33 games out of first place in the AL West, fired their manager midseason, and missed the playoffs for the eighth year in a row.

On Wednesday, we got to see just how the Angels managed to achieve that feat.

Despite continually landing impressive performances from their top stars, the Angels managed to finish well out of the playoff race when the regular season concluded.

Los Angeles fell to the American League’s worst team even with Trout and Ohtani putting up numbers.

What a perfect ending to the Angels season:

Trout tallied a pair of extra-base hits, one of which left the yard, while Ohtani was dominant through five innings on the mound. It didn’t matter as LA lost 3-2 to the A’s, completing a series-ending sweep.

The Angels continue to waste the talents of Ohtani and Trout. It raises the question, how much longer will the duo be content in LA?