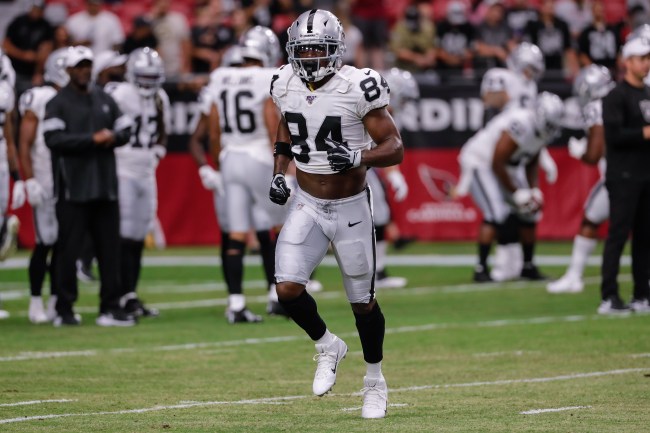 After a month filled with drama, Antonio Brown’s time with the Oakland Raiders is officially over after he was released by the team this morning.

An explanation for why #Raiders WR Antonio Brown was so upset, from AB to me: “Told me do not come in Thursday. Bad my name. Then come work, give two papers after the press conference. No guaranteed no way."

If you are keeping score at home: #Raiders WR Antonio Brown was not playing Monday night, then was playing, then asked to be released, now got his answer and was released.

Brown is now a free agent and can join any team he chooses.

Antonio Brown does not have to clear through waivers. He now becomes an unrestricted free agent, free to sign where he wants.

Bleacher Report’s Mike Freeman spoke with a Raiders player who revealed that players are “happy” AB is gone.

Raiders offensive player in text to me: “Everyone is happy he’s gone. We’re tired of the drama. Time for us to be a team again.”

Derek Carr’s brother, David, also confirmed that the team is “relieved” about AB.

Derek Carr's brother, @DCarr8, joined us moments ago with the latest on Antonio Brown and the #Raiders

"There's a relief, honestly, that he might NOT be there." pic.twitter.com/zTAmigVkiO