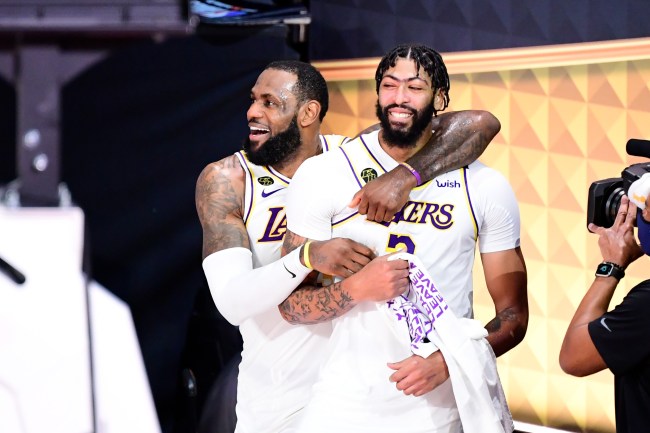 The Los Angeles Lakers will most likely be the favorites to repeat as NBA champions next season if Anthony Davis chooses to return LA but it doesn’t seem like he’s ready to commit to any free agency decisions right now.

After the Lakers won the NBA finals on Sunday night Davis told the media he has experienced “nothing but joy and amazement” while in LA but that he wasn’t “100 percent sure” what he was going to do this offseason which raised some eyebrows.

Anthony Davis on how he might handle his potential free agency: "I have no idea." AD then adds, "I had a great time in LA this year. It's been nothing but joy and amazement. Over the next couple of months, we'll figure it out. I'm not 100% sure."

I had a great time in L.A. this first year,” Davis said. “This has been nothing but joy, nothing but amazement. Over the next couple of months, we’ll figure it out. I mean, I’m not 100 percent sure, but that’s why my agent [Rich Paul] is who he is, and we’ll discu

Davis currently has a player option with the Lakers and can opt-out to become an unrestricted free agent. It would be shocking if Davis didn’t return with the Lakers next season but there are rumblings that he wants to play for his hometown team the Chicago Bulls. We’ll just have to wait and see what AD decides once he’s done celebrating the Lakers’ championship.