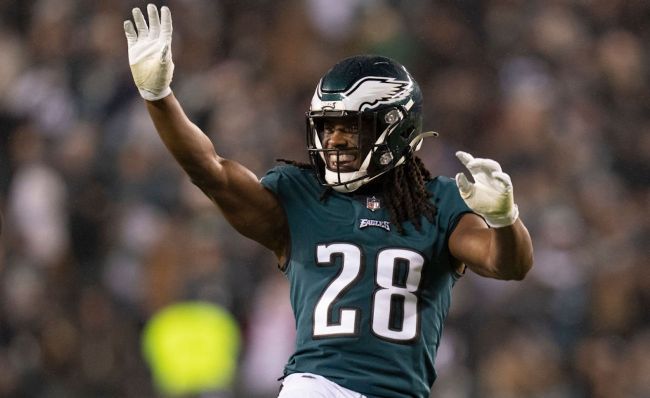 Philadelphia Eagles safety Anthony Harris, who’s been playing in the NFL since he was signed as an undrafted free agent by the Minnesota Vikings in 2015, is the type of player that should be a roll model to children who want to play professional football because he understands he can have a bigger impact off the field than he can on it.

After Harris was made aware that a young girl — 11-year-old Audrey Soape — would be without her father for her school’s Daddy-Daughter dance (they both passed away in the last year), he stepped up to the plate to go with her thanks to an intervention from her mom Holly.

“It’s kind of far-fetched…it’s a big ask,” Holly told ABC Philadelphia of asking Harris to go to the Daddy-Daughter dance with her daughter. “I just asked if he would come, if he’d be willing to come. And he said, ‘not only will I come, I want to make sure she feels like a princess.'”

“I heard about it about a week before the dance. And at first, I was like really nervous. I was kind of worried all week that I was going to mess up dancing,” Audrey said. “I was very happy, and I also felt very special because not a lot of stuff happened to people like this, and especially me.”

Not only did Harris attend the dance with Audrey but he also paid for her dress, shoes, hair, and makeup, while also making time to meet her younger brother Jackson.

“It made me feel really happy and feel special because he didn’t only come over just to go to the ‘Daddy-Daughter Dance’ with Audrey, he came over to see me, too,” Jackson said.

Way to be, Anthony. That’s what being a professional athlete is all about: using your platform and influence for good.