Anthony Joshua Loses His Mind, Bizarrely Throws Belts Out The Ring, And Delivers Insane Speech About Ukraine After Loss To Usyk 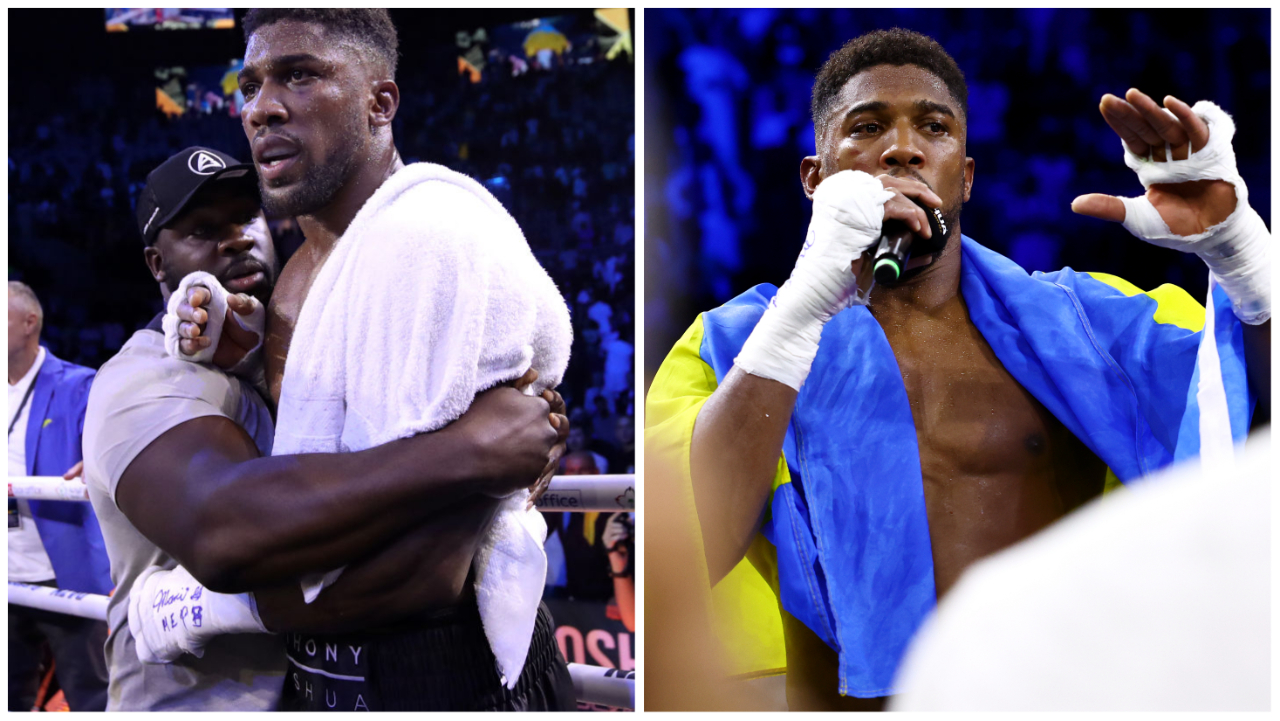 Anthony Joshua apparently thought he had done enough to beat Oleksandr Usyk because he absolutely lost his mind after the fight.

On Saturday, Joshua suffered a split decision loss against Usyk and proceeded to have a temper tantrum in the ring.

Even though most experts felt Usyk had won, Joshua decided to throw Usyk’s championship belts to the ground before storming out of the ring after the fight.

Anthony Joshua throws two belts out of the ring as he loses temper after defeat to Oleksandr Usyk. 😲😲 pic.twitter.com/PHDIe2FWGh

Joshua would later return and give a bizarre speech about the war in Ukraine while a bewildered Usyk looked on.

Anthony Joshua's speech about Oleksandr Usyk is quite something #UsykJoshua2 pic.twitter.com/Rh01hdGSjN

AJ- ‘I don’t know what’s happening in your country, but it ain’t nice’

The most Ali G thing anybody has ever said, including Ali G himself #UsykJoshua2 pic.twitter.com/s0RLdaoAgB

It hurts to see Anthony Joshua trying to cope in the ring with that speech.

It was going so well until Anthony Joshua got on the mic, he’s lost it mentally someone take him off ring this is hard to look at. Good fight against Usyk but AJ needs to sit down. pic.twitter.com/6BdqUoXnz0

Is Anthony Joshua losing the plot here or what? I honestly don’t understand what is going on with this promo.