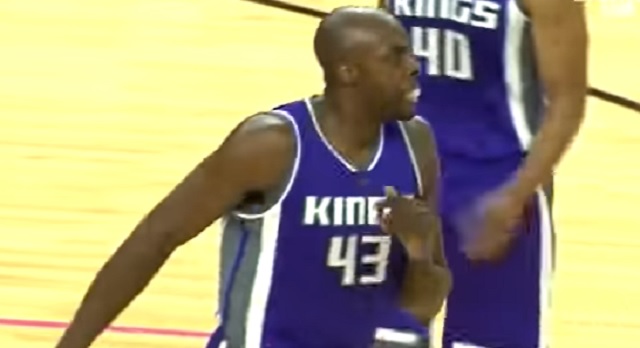 It’s a cold world out there and Anthony Tolliver learned that the hard way yesterday. Just hours after the Sacramento Kings wished Tolliver a happy birthday on Twitter, the team decided to cut him to save some money in cap space for the offseason.

Last year, Tolliver signed a two-year deal worth $16 million with the Kings, but the second year only included $2 million in guaranteed money that the team will have to pay out.

There are no easy way to cut guys but at least don’t spit in his face by wishing him a happy birthday before handing him a pink slip. Do better Sacramento.