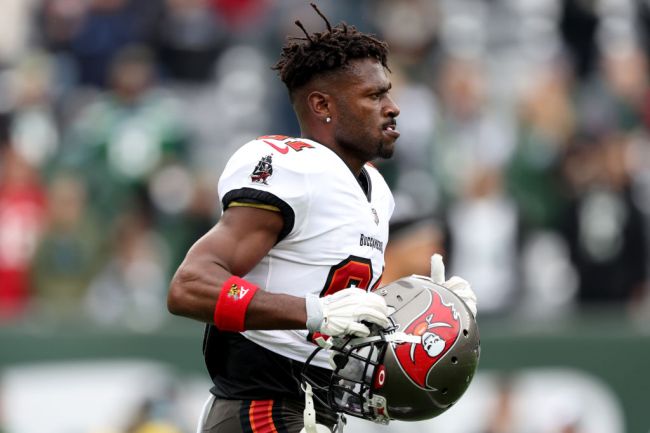 Antonio Brown made some serious allegations against the Tampa Bay Bucs during an interview on HBO’s Real Sports that is set to air on January 25th at 10pm EST.

In the episode, Brown claims the Bucs offered him $200k to go to the “crazy house” after he ran off the field following a heated exchange with head coach Bruce Arians on the sidelines.

“Yeah, these guys at Tampa Bay Bucs tried to make an agreement with me to give me $200,000 to go to the crazy house so these guys could look like they know what they’re talking about.”

Later in the interview, Brown’s lawyer Sean Burstyn revealed that they are considering suing the Bucs for defamation over false claims about Brown’s mental health.

“All of our options are on the table. We’re going to hold to account the Tampa Bay Buccaneers, Bruce Arians, the general manager, to the extent of anyone responsible for this spin that Antonio Brown isn’t reliable to do a good job playing football cause he doesn’t have the mental fortitude to do it, they’ll be held to account”

Brown’s interview with Bryant Gumbel on HBO’s Real Sports airs on Tuesday (10:00-11:00 p.m. ET/PT). The series is available on HBO and to stream on HBO Max.