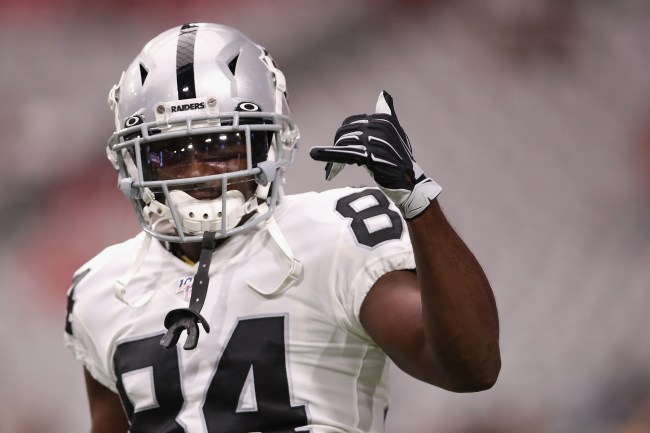 I’m no judge, jury, or executioner, but after the shit Antonio Brown has pulled this offseason, I’m inclined to believe any and all accusations against him, including this wild claim by celebrity chef Stefano Tedeschi.

News broke in August that Tedeschi, affectionately known as ‘The Sports Chef,’ was hired to provide his services to Brown and his high-profile friends during this year’s Pro Bowl.

But, according to the chef, AB didn’t give him a penny after finding a fish head in the freezer that was intended to make fish stock at a later date. Brown allegedly took it as a threatening sign, a la the horse head in Jack Woltz’s bed in The Godfather. Seriously.

Tedeschi, who has cooked for A-listers like Justin Timberlake, claims Brown immediately kicked him out of the house and not even letting him re-enter to retrieve his utensils, never mind the $38,000 still outstanding.

In court documents obtained by TMZ, Brown digs his heels in, calling him a liar and accusing him of trying to use AB’s likeness to enhance his public profile.

“[Tedeschi’s] complaint is nothing more than a fledgling action to promote the career of a chef who will use any attempt or frivolous claim to seek fame and/or fortune,” Brown said in the lawsuit.
“It is plainly obvious that [Tedeschi] … is simply wishing to force himself into the public eye through the filing of baseless claims against a notable celebrity.”

Brown’s attorney is asking a judge to throw out the case entirely, as their oral agreement is totally unenforceable.Brown signed a $50 million contract this offseason, so he must really believe this dude is out to get him or he really has taken too many hits to the head.

We’ll keep you informed as the lawsuit unfolds.