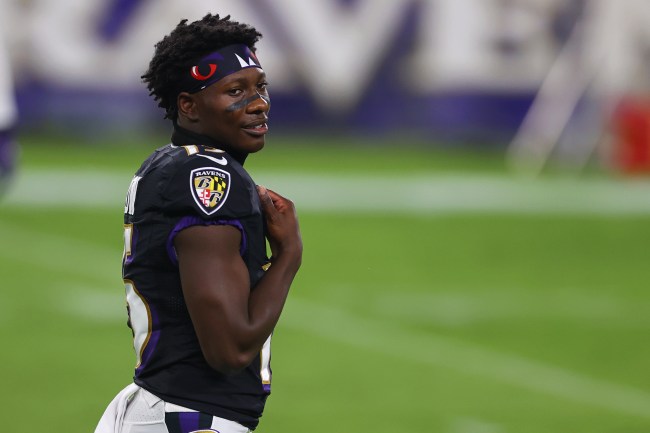 It seems like Marquise “Hollywood” Brown has something in common with his famous cousin Antonio Brown.

After only getting one catch for three yards against the Steelers. Marquise took to Twitter to blast the Ravens for not getting him enough touches.

Update: Marquise Brown deleted his tweet but here’s the screenshot

what’s the point of having souljas when you never use them (Never!!)

Of course NFL fans made Antonio Brown jokes considering the relation between the two wide receivers.

oh so you and your cousin really are the same lmao https://t.co/Q4WRNDMK63

That AB gene coming out https://t.co/6EkhsYJ6yk

Toxic like your cousin sit your punk ass down https://t.co/Rs7G3Qcojo

Taking after cuzzo I see https://t.co/XtipZ0UTWm

Stop talking to AB lmao you nowhere near his level https://t.co/5XegCf3MEZ

Very AB of you. https://t.co/xbmSupivN6