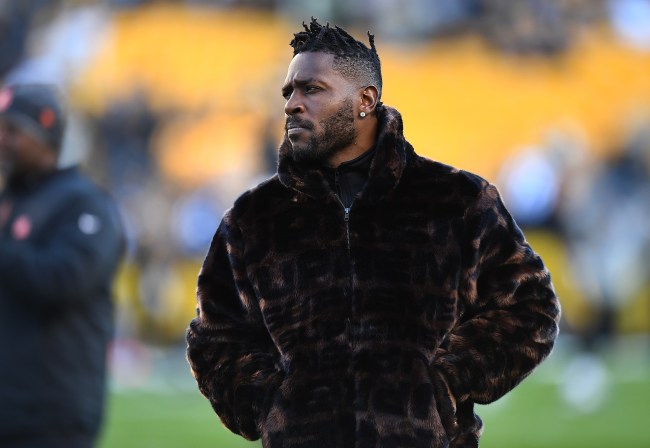 Pittsburgh Steelers receiver Antonio Brown is being investigated by the NFL after he was accused of pushing his baby mama to the ground in January,

According to a police report obtained by Andy Slater Brown allegedly pushed the woman who was attempting to enter his home to collect money she claims he owed him.

Brown allegedly pushed female with two hands, causing her to fall to the ground.

Can confirm through Hollywood (Fla.) Police that Antonio Brown was involved in a January domestic dispute, no arrests made. HPD, which investigated the disputes, is not commenting further until it has more details. TMZ first reported.

Despite not being arrested the NFL told Pro Football Talk that it will look into the matter.

We will look into the matter,” NFL spokesman Brian McCarthy told PFT via email.

By saying “look into,” the league means it will investigate. Which means that an investigation could result in a suspension of Brown.

Brown’s lawyer immediately downplayed the incident and went on to say that the media was making something out of nothing.

On the surface this doesn’t look like much but we’ll have to wait to see what the league finds.