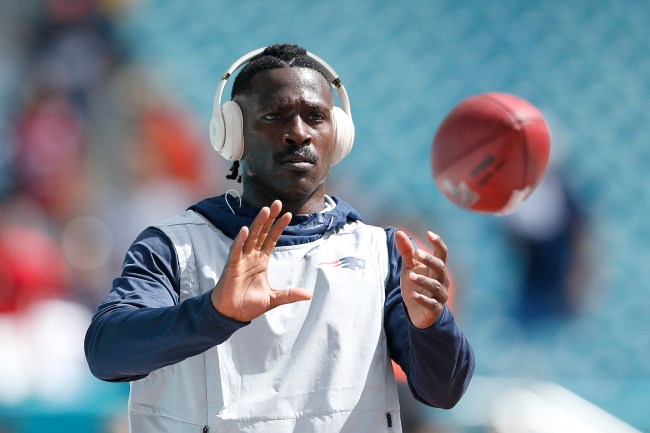 Antonio Brown might actually get another chance to play football again if he wants to.

Last week, AB vowed he was done playing football after the New England Patriots cut him because of the constant off-the-field distractions he caused the team when he was accused by two women of sexual misconduct.

Brown has since registered for online courses to finish his degree and is dealing with his off-the-field issues with his lawyers.

(GSN) Antonio Brown, one day after tweeting that he “will not be playing in the NFL anymore,” has announced on social media that he has re-enrolled at Central Michigan University. Brown on Monday posted on his Instagram account a picture of a list of four classes. pic.twitter.com/dI6LFuVL3C

NEW: Sidelined NFL star Antonio Brown did not answer questions about sex assault allegations or his football future as he arrived at a Florida court for a deposition in a lawsuit claiming Brown damaged a multi-million dollar rental apartment. https://t.co/TKiyqD0zbD pic.twitter.com/mlTz76beBf

Despite the fact that he vowed never to play football again, Brown’s agent Drew Rosenhaus stopped by Warren Sapp’s podcast to say that several teams are very interested in signing him once his legal issues clear up.

I have had discussions with a few teams that are very interested in him and want to know about his future and what’s going on with the NFL,” Rosenhaus said on Warren Sapp’s ’99 Problems’ podcast.

“Hopefully, when that is all resolved, Antonio will be able to continue his Hall of Fame career.”

I know there’s been a lot of speculation as to whether or not that means he’s not going to proceed with the NFL but taking online college courses to get your degree or your post-graduate degree is something that I would recommend to every client … I wouldn’t read too much into that.”

While there’s a good chance Brown plays in the NFL again it’s probably not going happen this season or until whenever the league decides to finalize their investigation.

Several teams are telling me they think the league’s investigation into Antonio Brown will last most, if not all, of the this season. They think this is strategic on the league’s part—it will essentially prevent Brown from playing this year.