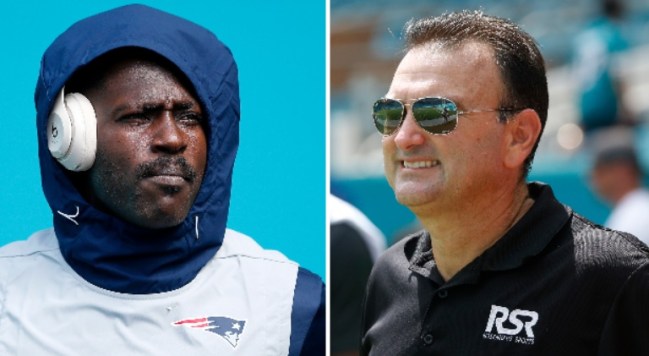 NFL super agent Drew Rosenhaus announced that he was conditionally terminating his relationship Antonio Brown after a series of bizarre events that have occurred in the past few weeks.

Brown isn’t taking the news of Rosenhaus asking him to seek medical help well and said that he was going to send his former agent of pallet of gummy dicks by mail.

football season over you both can use pallet of @DicksByMail https://t.co/VzY9khkjvh

These are the same gummy dicks he threw at his baby mama Chelsie Kryiss a few days ago.

Antonio Brown broke out a bag of dicks during bizarre incident with his baby mommapic.twitter.com/VtGvy3kIPv

AB’s out of control.