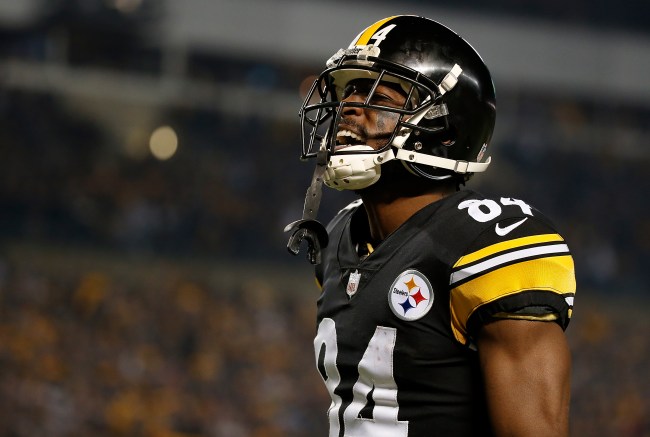 Superstar wide receiver Antonio Brown has yet to practice with the Oakland Raiders after the team opened their training camp last week.

According to several reports, Brown is dealing with a foot injury and has been seeing a foot specialist.

Brown, who began camp on the non-football injury due to what sources told ESPN were sore feet, participated in a pre-practice walk-through last Sunday and was limited in practice on Tuesday. That night, he posted a picture of the bottom of his feet that showed them blistering and peeling. The team was off Wednesday, and he was not seen on the practice field Thursday, Friday or Saturday.”

Brown would later go on social media to show off some nasty-looking blisters on his feet that explains his absence from practice.

@AB84 just curious on why your feet look like the new @BurgerKing taco. pic.twitter.com/T1OwdOiOzx

Carr worked out with Antonio Brown so much this offseason that he is not worried about Brown missing early camp practices. They have “the meat and potatoes down, just have to keep perfecting the details.”