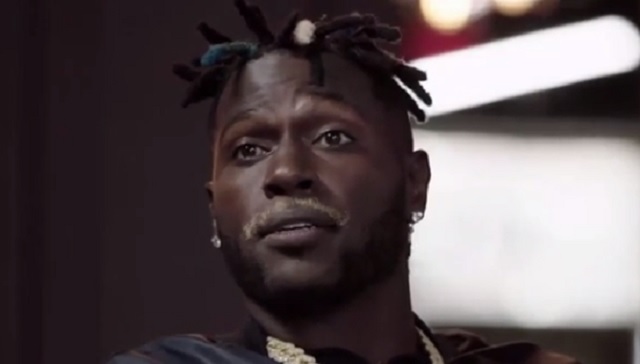 It’s been two months since Antonio Brown requested a trade from the Steelers but the Pro Bowl wide out isn’t done talking.

On Friday, the disgruntled wide received appeared on LeBron James HBO show “The Shop” to tell his side of what happened in the turbulent final week of the Steelers season.

According to AB, Steelers head coach Mike Tomlin straight up told him to go home when he asked for a little time off because he was ” banged up’ going into the team’s final game against the Ravens.

So the final week of the season…I meet with coach Tomlin and I tell him I’m a little banged up so I’m going to need a little time off to get right…so he’s like if you’re banged up you can just go home….So I’m like damn that’s where we at?

Brown later went to take shots at Steelers QB Ben Roethlisberger for feeling like “he’s the owner” of the team.

Dude called me out, we lose a game and he was like damn AB should have ran a better route…That’s the type of guy he (Ben Roethlisberger), he feel like he’s the owner, bro you threw the shit to the d-lineman, how the fuck am I going to run a better route?

AB wasn’t done there, while talking about broke former NFL players Brown took a shot at Shannon Sharpe for criticizing despite the fact that Sharpe drinks and smokes on his show Undisputed.

I don’t think they set themselves up for the career after, if you look at all the greats..what are they doing now? Even like Shannon Sharpe…this guy the biggest joke, it’s like bro you’re going to put the Hennesy and the backwoods out there and you’re feeling to criticize me? Bro you’re a joke, so you’re setting a bad example. then you hating/

Antonio Brown really went on national tv with a blonde mustache, 8 right angles in his beard, a blueberry twizzler in his hair and he wonder why nobody taking him serious.

A caller just brought up the ultimate point – Antonio Brown is whining about Ben calling him out and having an "owner mentality to Lebron James, who rips and calls out his teammates, hires and fires coaches and wants to cut all of his teammates…….