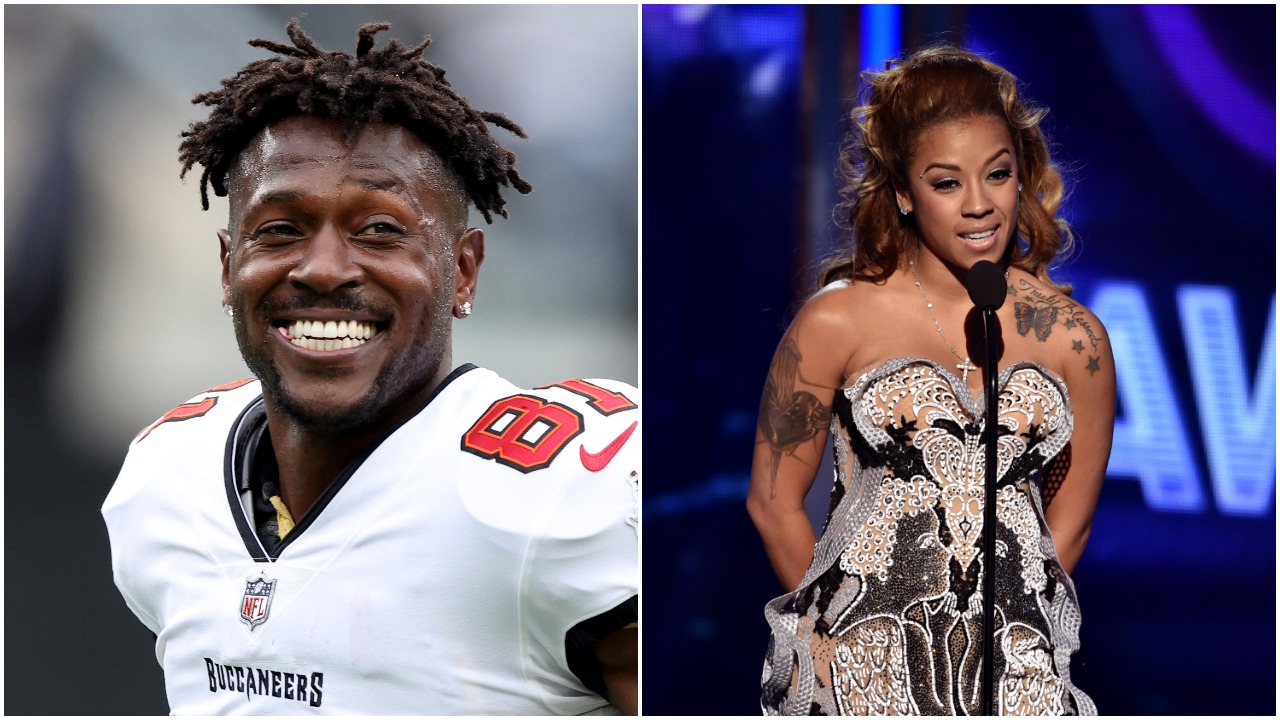 The Antonio Brown-Keyshia Cole romance did not last very long.

Back in April, Cole and Brown were rumored to be dating after collaborating on a song for his album “Paradigm.”

Cole seemed like she was really into Brown, who she said at the time could win a Grammy for his rapping skills.

Antonio Brown is a real-deal rapper, according to Keyshia Cole — who tells TMZ Sports the NFL star is so good on the mic … he could win a Grammy!

“I think he’s really talented, for sure. I love the body of work that he created. I think he’s gonna be great. I do. I wouldn’t have collaborated if I didn’t think he’d be great.”

Now, is he gifted enough to win a Grammy? The 40-year-old also said she believes so.

“Of course!” Cole said. “Whatever you do, you put your mind to it, you can do whatever you choose to do in life.”

Unfortunately, Cole’s relationship with Brown soured, and the former NFL wide receiver posted a video of Cole sporting an “AB” tattoo on her backside with the caption “You Ain’t Pimpin Until You Hit An RnB Diva.”

His caption: “You Ain’t Pimpin Until You Hit An R&B diva” pic.twitter.com/8K9TO93vTy

While Cole initially tried to get back with Brown by apologizing, she would later admit that the relationship was a mistake.

Keyshia Cole says “Don’t be mad at me no more babe, I said I apologize.” Gets a “AB” tattoo for Antonio Brown. pic.twitter.com/k8AtVo8ITa

Brown fired back with a video message telling Cole that he’s a “player” and to leave him alone after he dumped her.

“Keyshia Cole, I’m a playa, we don’t want you Keyshia, stay off my dick, you heard.”

Antonio Brown tells Keyshia Cole he’s a player after she gets his name tattooed 👀 pic.twitter.com/mnDYBPgPVK