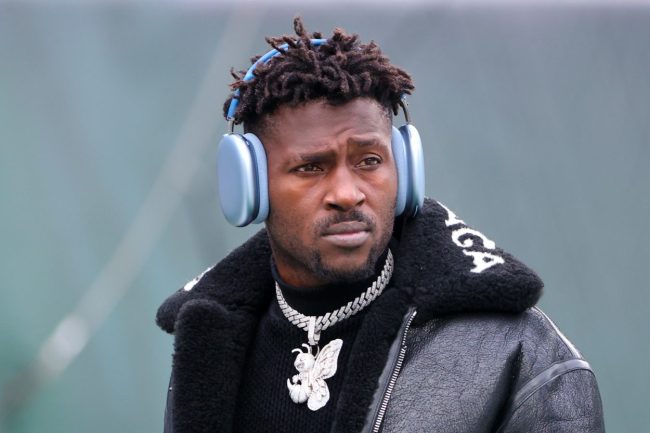 The Tampa Bay Buccaneers officially released Antonio Brown over his refusal to cooperate with the team’s attempts to have him seen by a doctor for his ankle injury. However, on Sunday morning, Brown’s attorney disputed those claims in a targeted Twitter rant.

What’s the “official” reason Antonio Brown cut from the Tampa Bay Buccaneers? You probably didn’t know the answer until now.🧵

(This isn’t a complaint about AB being cut. It’s an example of underhanded treatment of an injured player that obscures what happened last Sunday.)

Sean Burstyn, who is currently representing the 33-year-old wide receiver, accused the Buccaneers of intentionally sabotaging his client. He shared the “official” reason that Brown was cut from Tampa Bay.

In his rant, Burstyn claimed that the team “engineered” a “bogus scheme” to terminate his client’s contract.

We were in the midst of scheduling an appointment with the Bucs’ chosen surgeon when we learned, via Twitter, that they terminated AB on Thursday for not seeing that very same surgeon. On Wednesday night, the Bucs had concocted their bogus scheme to engineer a way to cut AB. 1/8

According to litigator and former federal judicial law clerk in the United States District Court for the Southern District of Florida, the Bucs intentionally scheduled a doctor’s appointment that they knew Brown would miss.

Despite his client’s effort to reschedule, he says, the team used the appointment as an excuse to fire Brown.

We spoke directly to the doctor and asked if he had reviewed the most recent MRI & CT scans and whether we could reschedule to a reasonable hour. When the Doc said he had not yet seen the images and was graciously willing to see us at a normal time, we texted to reschedule. 3/8

Most people schedule doctor’s appointments for healing. In our view, it’s unusually perverse for the Bucs to use medical care as a setup to fire someone.

Doctors are heroes, not pawns. 5/8

He then accused Tampa Bay of intentionally trying to move the narrative beyond Arians’ “degrading, inhuman, abusive, and unlawful” on-field termination of Brown.

This was pure gamesmanship to create a pretextual termination. All Antonio did was ask to be seen at a reasonable hour by a doctor with current medical records. When AB spoke up about his health this week, he was fired. On the field, then on Twitter. 7/8

To wrapt things up, Burstyn claims that the Buccaneers are using Brown’s past to wiggle their way out of the “jam they put themselves in.”

The Bucs have used AB’s past to get out of the jam they put themselves in last Sunday. It’s the kind of manipulation that made Antonio write “I do not understand how people publicly claiming to be concerned about my mental health can do these things to me in private.” 8/8

To summarize, here is what Burstyn is claiming:

TL;DR version: AB was fired for not attending a doctor’s appointment that was in the process of being rescheduled to a normal time and after the doctor reviewed the relevant medical records. The rescheduling was over the phone and, of course, through written communications.

Time will tell if Burstyn’s truth is reality.