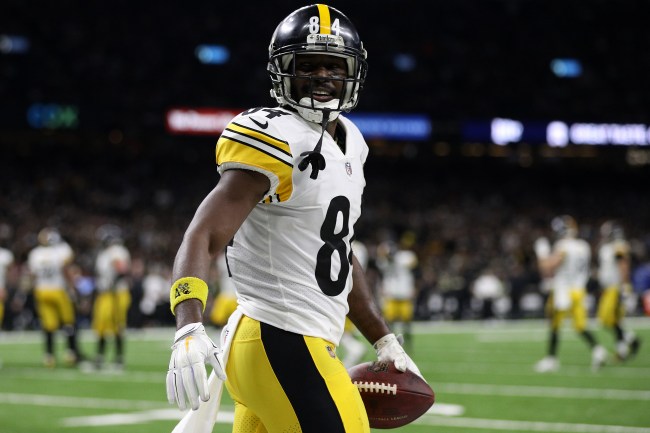 Oakland Raiders wide receiver Antonio Brown is not happy with the makes of the upcoming Madden’ 20.

Over the weekend, Madden released their ratings for players who got the highly prestigious 99 rating and there was only one wide receiver who made the cut, DeAndre Hopkins.

There was only one change in that group from Madden 19. Hopkins moves up to 99 from 97 and overtakes Antonio Brown who has been dropped from 99.

Brown, who was last year’s cover athlete, received a 98 rating this year.

Despite his high rating, AB wasn’t happy and blasted Madden game producers in a now-deleted tweet for not giving him a 99 overall rating. He also went to claim that he was “shorted” money for being the cover athlete last year.

Only Brown would complain about having a 98 overall rating in Madden.