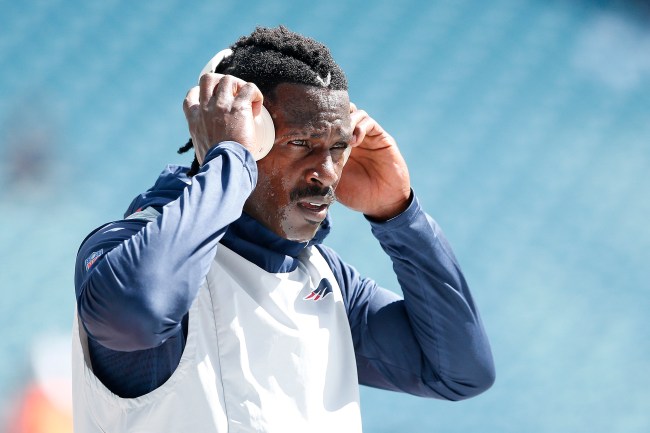 The Antonio Brown era in New England is over.

The news of Brown’s release comes less than 24 hours after a Sports Illustrated report indicated Brown sent “intimidating” text messages to one of his sexual assault accusers in recent days.

“The NFL has pledged to conduct a thorough investigation under its Personal Conduct Policy. We will cooperate fully with the NFL in this investigation to ensure that the threats and intimidation against our client cease, and that she and her family remain safe.

Brown reacted to the news by posting a picture of him and Tom Brady and by running a caption contest giveaway of the sole touchdown ball he caught in New England.

Antonio Brown is running a CAPTION CONTEST on Instagram minutes after being released by the #Patriots.

This is unbelievable. But, ya know, totally believable. pic.twitter.com/Q9y533oVE4