Antonio Brown Is Not Happy The Raiders Fined Him $53k For Missing Practice, Takes A Shot At His Own Team On Instagram 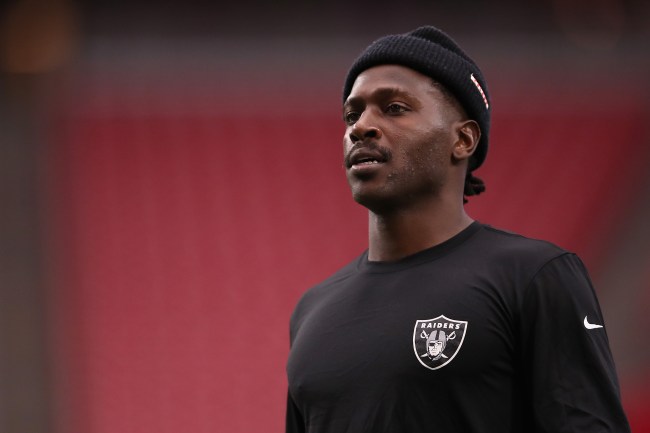 Antonio Brown hasn’t played a game for the Raiders this season but he’s provided several headaches for the front office already.

During training camp, Brown went missing from practice because he was angry about his helmet situation which pissed off GM Mike Mayock.

“You all know that A.B. is not here today. So here’s the bottom line. He’s pretty upset about the helmet issue,” “We have supported that. We appreciate that. But at this point, we’ve pretty much exhausted all avenues of relief. So from our perspective, it’s time for him to be all in or all out. So we’re hoping he’s back soon.”

Mayock has now fined AB for the missed practice and the diva wide receiver is not happy about it.

It reveals the @Raiders fined him 40k for missing camp on the day Mike gave his “all-in or all-out” soliloquy to the media. pic.twitter.com/y7s1YoCBoL

Antonio Brown posts his displeasure with fines from #Raiders pic.twitter.com/0OMhdwFu7K

“When your own team want to hate but there’s no stopping me now devil is a lie,” Brown wrote in the caption. “Everyone got to pay this year so we clear.”

Of course, Twitter had some thoughts on Brown’s latest tantrum.

@AB84 why do u think you above the rest of working america? U stiffed your team, u get paid a ton, face a fine for skipping and shut the fuck up. Id give my left nut to never see ur name in sports news again https://t.co/AMvWsg0NG9

This really isn't on Antonio Brown. The Raiders knew — didn't they? — what they were getting. There's a reason they got him for only two middling draft picks. This is on the Raiders and it looks like Mayock is the one assigned to do the tough love.

Can you imagine skipping lots of work and forcing your colleagues/ bosses to make up for your absence, causing everyone headaches? Then acting like you're a victim because they penalize you for no-showing/ leaving them high and dry?

Antonio Brown is gonna be a huge problem for the Raiders. The Steelers were smart to get rid of his giant attitude problems.

Antonio Brown is the becoming the biggest joke in the league. https://t.co/61j9rh4sXs