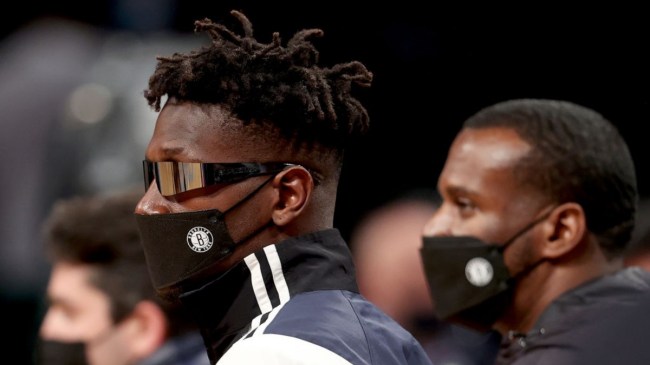 After months of mostly staying off the radar, Antonio Brown found himself back in the headlines today in a very unexpected way.

The New York Post reported today that Antonio Brown had exposed himself to a group of people in a public pool back in May.

Video footage obtained by The Post of the May 14 incident at the Armani Hotel Dubai shows Brown, 34, way too close for comfort to the woman, who initially laughed off the attention but quickly swam away to escape the controversial gridiron great. Eyewitnesses said Brown had just met the woman and she was fuming after the encounter.

Now, Brown has responded to the release of the video, claiming that disinformation is being spread about him.

It’s crazy to me that even after I retire there is disinformation coming out about me. Ironically, during a time when the NFL is getting heat for allowing players to play when they’re clearly concussed. They’ve been using black men as guinea pigs.

Every chance they get to sway the heat off themselves they use me. In the video you can clearly see she runs off with my swim trunks. If roles were reversed the headlines would read “AB having a wild night with nude female”.Yet when it’s me it automatically becomes a hate crime

i’m not really sure how AB’s actions are related to the NFL’s awful handling of Tua Tagovailoa’s health, but it looks like he believes the NFL were the ones responsible for the release of this video and that they’re using it to distract from Tua.

That seems pretty unlikely. It also hasn’t really distracted anybody from Tua with reports coming out today that the NFL fired a doctor who cleared him to play and another indicating that he hasn’t been ruled out for next week.

I guess they’ll need to find a better distraction.